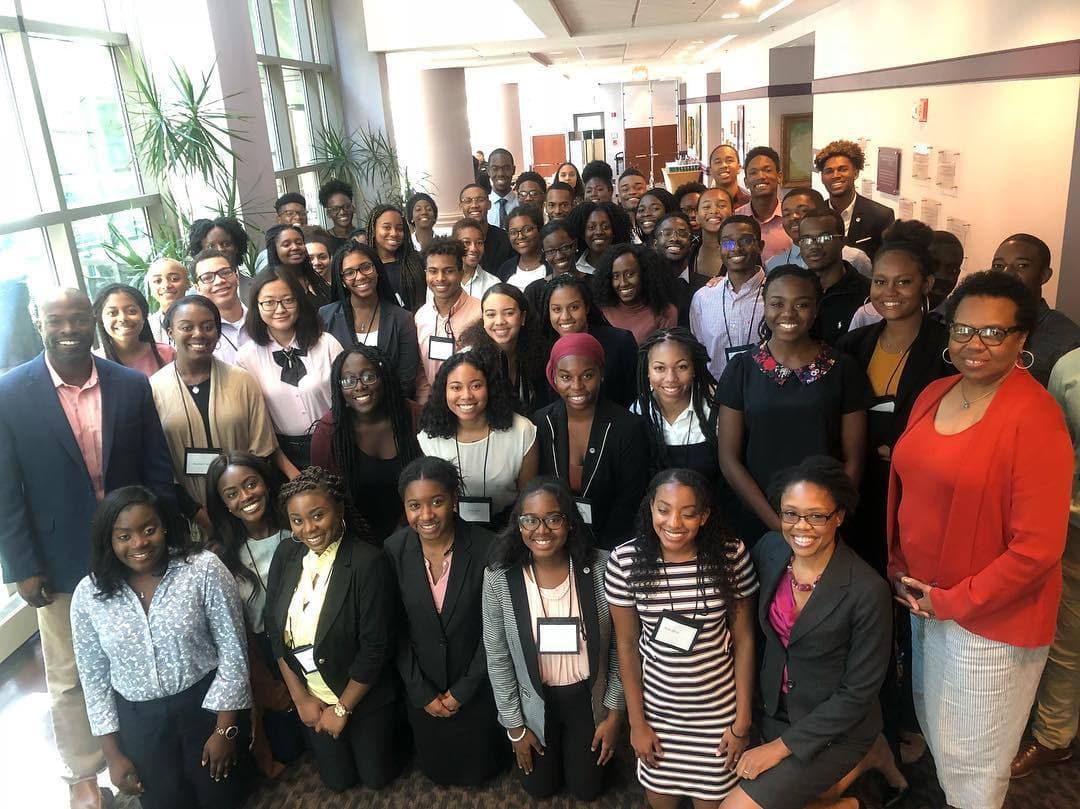 This is a guest blog post from Lauren Bush, freshman at Howard University and Bison STEM Scholar, Cohort II.

In this modern world, STEM has become the “it” topic. However, we are still facing both a minority disparity and a lack of females in STEM driven fields. To combat these problems, companies and colleges alike are placing an emphasis on STEM programs, in hopes of addressing this lack of diversity. The same holds true for my story.

My name is Lauren Bush and I am currently a freshman in college hoping to pursue a career in STEM, specifically in neuroscience. As a member of Howard’s Bison STEM Scholars Program, I will have the resources and means to support my exploration and growth in my studies. Howard University, located in the heart of DC, is an HBCU attempting to change the status quo by implementing programs to attract females and minorities to a lucrative STEM career. The Bison STEM Scholars is a concept dedicated to supporting students in search of their PhDs in a scientific field. As a student development course, it seeks to ease the transition from high school to college and ensure students are remaining focused on their studies. As a Bison STEM Scholar, I receive a full scholarship to Howard with the contingency that I remain focused on graduating with a PhD following my undergraduate years. This and other similar programs are beginning to become more common around the country as the US commits itself to a goal of furthering research and remaining a leader in STEM.

In my journey, I have not always been focused on STEM. Originally, I wanted to pursue law. People had always told me that I was argumentative and as I had no passion, I followed their suggestions and devoted myself to becoming a lawyer. However, upon the death of my grandmother, I became fascinated with the brain and how it degrades over time to lead to someone as healthy as my grandmother to be afflicted with Alzheimer’s. This piqued my interest in STEM and I ran with it. Since then, I have had the opportunity to look at cadavers, specifically their brains and learn more about the function of this mighty organ. At Howard, there is no neuroscience major, so I have declared myself a chemistry major dedicated to learning about the chemical neurotransmitters and imbalances within the brain that contribute to neural diseases.

I hope that for others looking for a career, they can recognize STEM as a viable field. There is the potential for research that can alleviate people’s pain, cure illnesses, or even just satiate your curiosity. If that is not to your liking, you can work to create drugs, become a mathematician, engineer, or a doctor. The point is the opportunities are endless and everyone should at least consider STEM.