In today’s STEMdaily, Jerry Cobb, legendary aviation pioneer and one of the ‘Mercury 13’, dies at the age of 88, T.H.E. Journal dives into the mentoring component of the new Snap the Gap initiative, LEGO announces new city-focused building kit for FIRST robotics students, Stetson University adds cybersecurity degree, and the University of Louisville and IBM to open a ‘Skills Academy.’

Diversity in STEM
University to Set Up 15,000 STEM Mentoring Pairs for Girls (T.H.E. Journal)
UC Davis is hoping to connect 15,000 11-year-old girls in the state to STEMeducation in a new pilot. With an infusion of $1.1 million from the Walt Disney Company, the university’s “Snap the Gap” program will recruit girls through nonprofit, after-school groups and other girl-serving organizations, industry partners and community organizations and then pair them with mentors in their local areas. “UC Davis is strongly committed to improving this equation through hands-on STEM learning and mentoring from an early age,” said Beth Broome, senior advisor to the provost. The initiative grew out of the university’s participation in Million Women Mentors-CA, of which Broome is a founding committee member.

Jerrie Cobb, one of the most gifted female pilots in history, has died (Ars Technica) 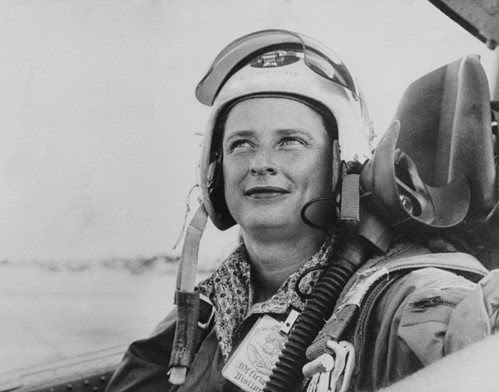 Geraldyn “Jerrie” M. Cobb, a noted aviation pioneer and fierce advocate for women flying into space, died Thursday at her home in Florida, her family has said. She was 88. Cobb is perhaps most well known for her participation in what became known as the “Mercury 13,” a group of 13 women who passed preliminary screening processes in 1960 and 1961 to determine their suitability as astronauts under the guidance of Dr. Randolph Lovelace. Cobb scored in the top 2 percent of all who had taken the battery of tests for candidates previously, including both women and men.

Dartmouth Joins National Effort to Prevent Sexual Violence in STEMFields (NHPR)
Dartmouth College is joining dozens of schools across the country in a new effort to address sexual harassment in collaboration with the National Academies of Sciences, Engineering and Medicine. The National Academies issued a report last year detailing high rates of harassment and assault in STEM fields. Now, on the heels of that report, the group is bringing academic leaders together to enact positive change.

NASA sets up more ‘Near Year in Space’ stays, including a record-setter for women (GeekWire) 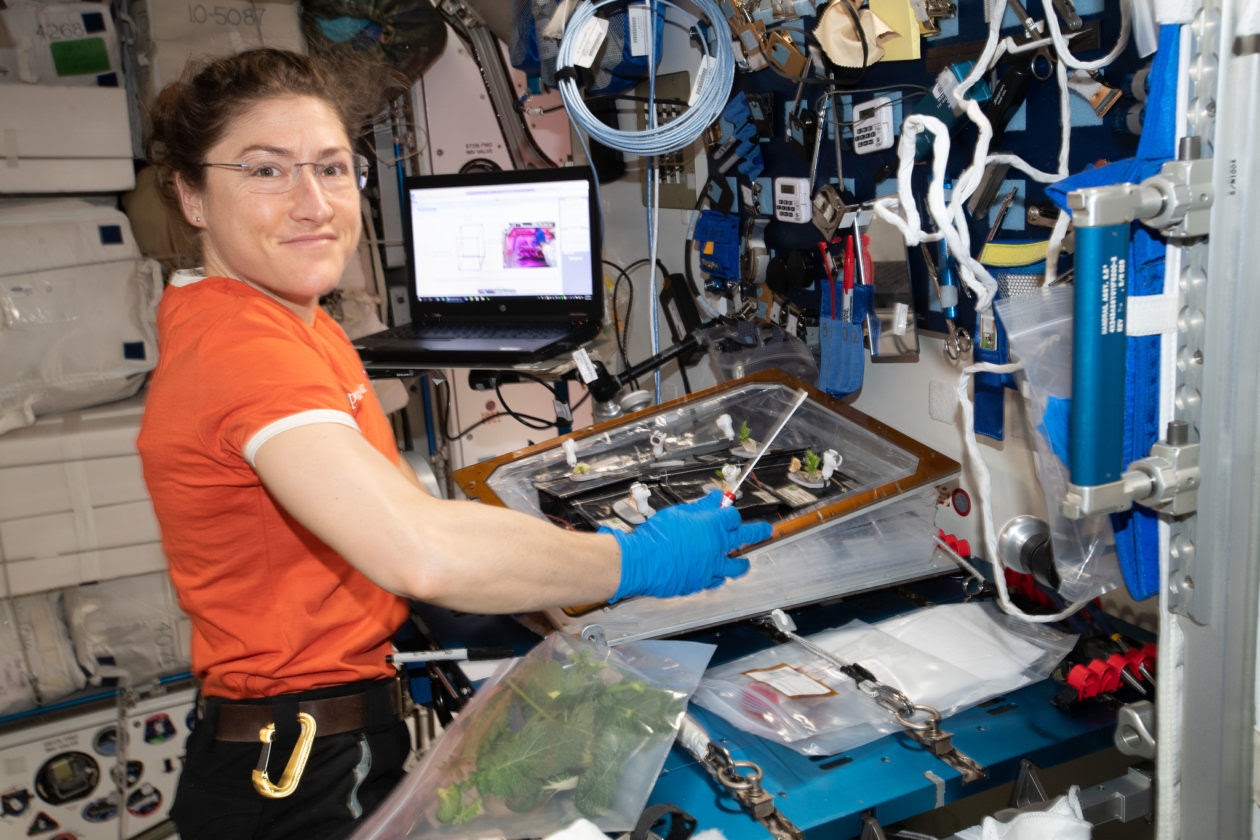 Just days after the publication of scientific results from NASA’s first “Year in Space” mission, the space agency says two more extended stays on the International Space Station are in the works. One of the missions will set a world record for the longest spaceflight by a woman, and it’s already in progress. NASA astronaut Christina Koch, who went into orbit in March, is having her tour of duty extended to 328 days.

How Do We Get Middle School Students Excited About Science? Make It Hands-On (Mind/Shift) 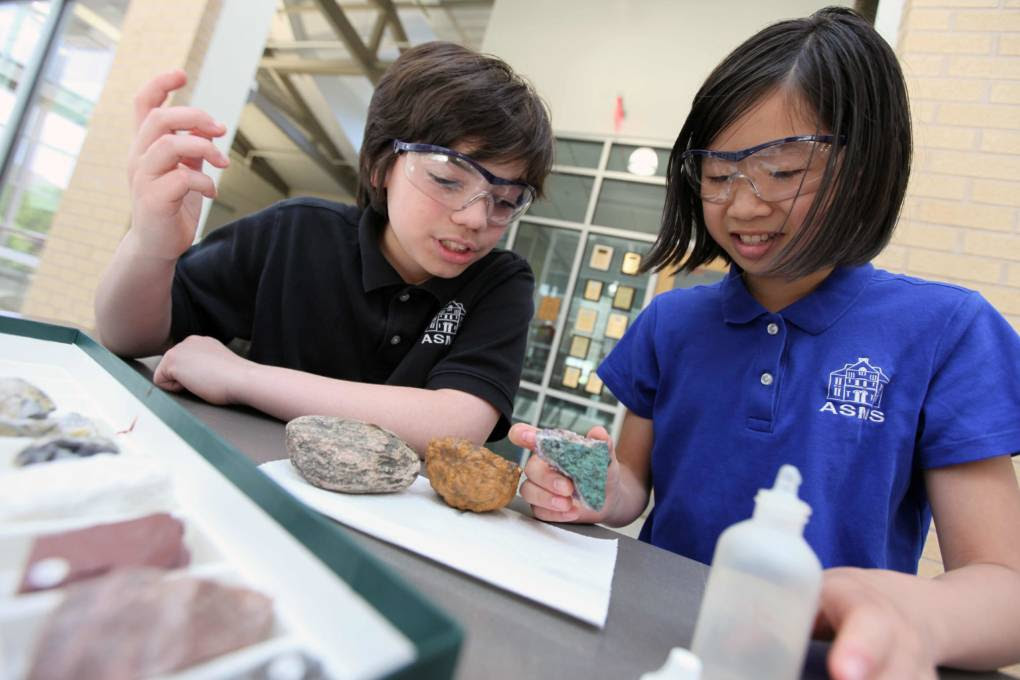 8th grader Liam Bayne has always liked math and science — that’s one reason his family sent him to The Alternative School For Math and Science (ASMS). But he was surprised and excited when his sixth-grade science class started each new topic with experimentation, not lecture or textbook learning. Their science curriculum is based on a program called Full Option Science System (FOSS), but has changed over time as teachers bring new ideas to the curriculum and focus on meeting NGSS.

This DonorsChoose competition funds financial education–and lets teachers share the wealth (Fast Company)
Since 2017, the Charles Schwab Foundation has contributed more than $1.2 million toward classroom financial literacy projects on the educational crowdfunding site DonorsChoose.org. To date, the donations have gone primarily toward matching funds, but now the organization is pioneering a new way to super-maximize its philanthropic bang per buck. Schwab is funding the Innovation Challenge that will both channel more funding toward ideas for financial literacy education and eventually turn the best into open-sourced lesson plans that other teachers can freely adopt. 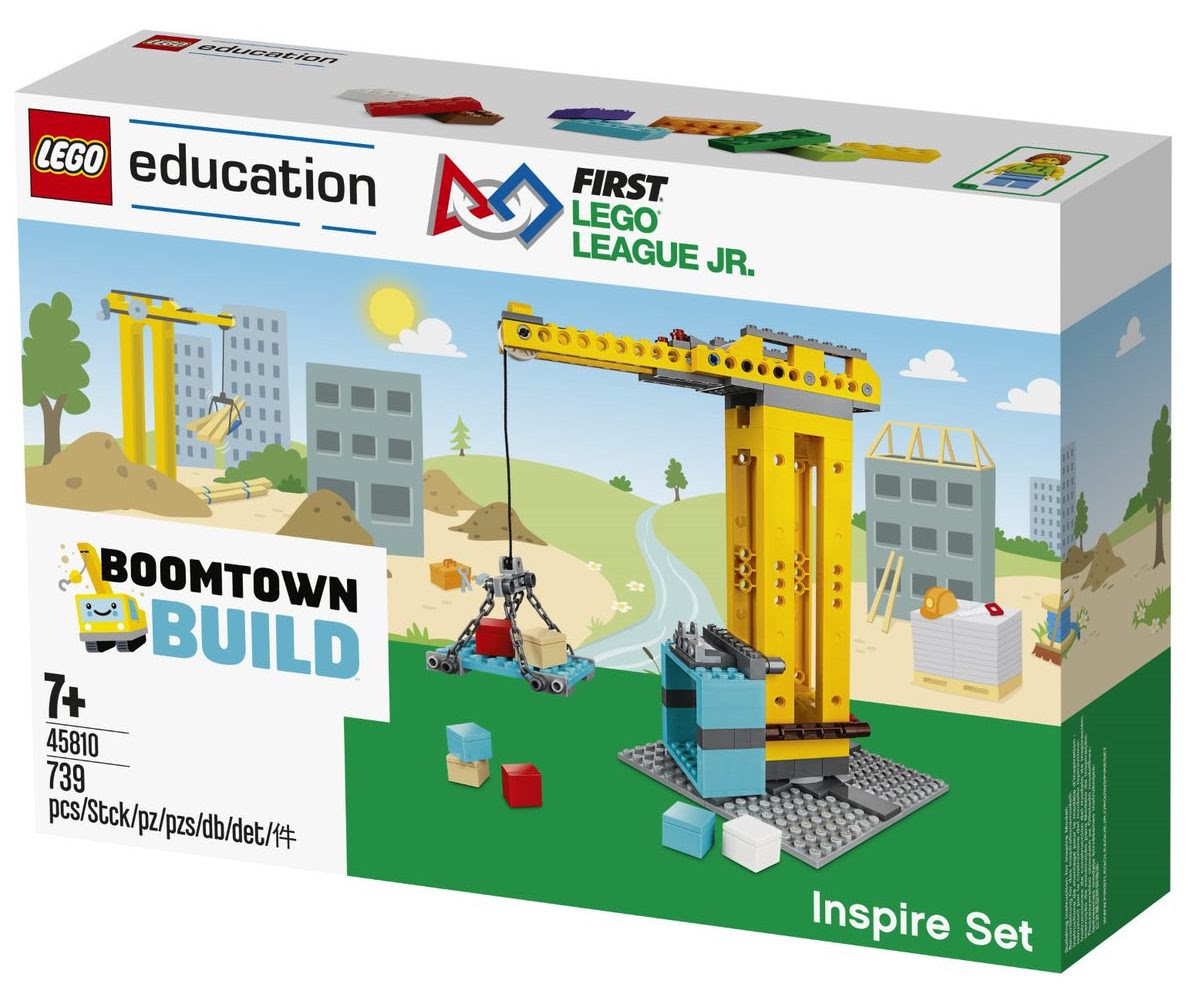 Kids who have caught on to the world of FIRST LEGO League competitions will have something new to build with next season, with exclusive new LEGO sets that actually focus on building and shaping cities. LEGO Education and FIRST announced yesterday at the FIRST Championship, where thousands of students from around the world are competing in Houston this week in robotics competitions. The Boomtown Build Inspire Set will be used by FIRST LEGO League Jr. competitors and will encourage them to think about building “a city to accommodate all different types of people,” LEGO said. Teams will use LEGO Education’s WeDo2.0 to create the programming part of their project.

The FIRST Step In U.S. Technology Competitiveness (Forbes)
With the transition to 5G communications and advancements in artificial intelligence (AI), the competitive battle between countries for technology leadership is growing. President Trump has gone so far as to sign an executive order to spur investment in artificial intelligence and has called 5G a race “America must win.” While this makes the headlines, most people fail to realize some of the STEM organizations like FIRST are the best solution to the long-term competitiveness of the U.S.

Stetson U. adds cybersecurity to its degree offerings (EdScoop)
Responding to the rapid rise of cybercrime and the need for improved IT security, Stetson University, a private university in Central Florida, launched on Thursday a new degree opportunity for its students. “Cybersecurity is a big issue that we face every day and it’s a growing concern,” said Daniel Plante, a Stetson professor. The program, which launches this fall, will arm students with the skills necessary for becoming successful cybersecurity professionals.

U of Louisville and IBM to Open ‘Skills Academy’ (Inside HigherEd)
The University of Louisville and IBM on Wednesday announced a partnership to create an IBM Skills Academy on the university’s campus. The academy, which is slated to open in the fall, will provide a curriculum and learning tools that are focused on artificial intelligence, blockchain technology, cybersecurity, cloud computing, data science and more high-demand digital skills. Through the project, which appears to share some characteristics with coding and skills boot camps, university students will be able to earn college credits and IBM certifications.

Chi STEM Program 2019 Summer Camp is Coming With Hands-On Learning and Fun (WGN Radio)
It was just a year ago when Chi STEM started as a once a week program that exposed youth to STEM curriculum. Founder Darius Nix quickly learned that the kids needed more time. This year he is excited to share that the program has been extended to 6 weeks during the summer. Zakiyah Williams (Curriculum Writer and Chief Program Officer) shared that the educational experts are “planning to offer an amazing program.”