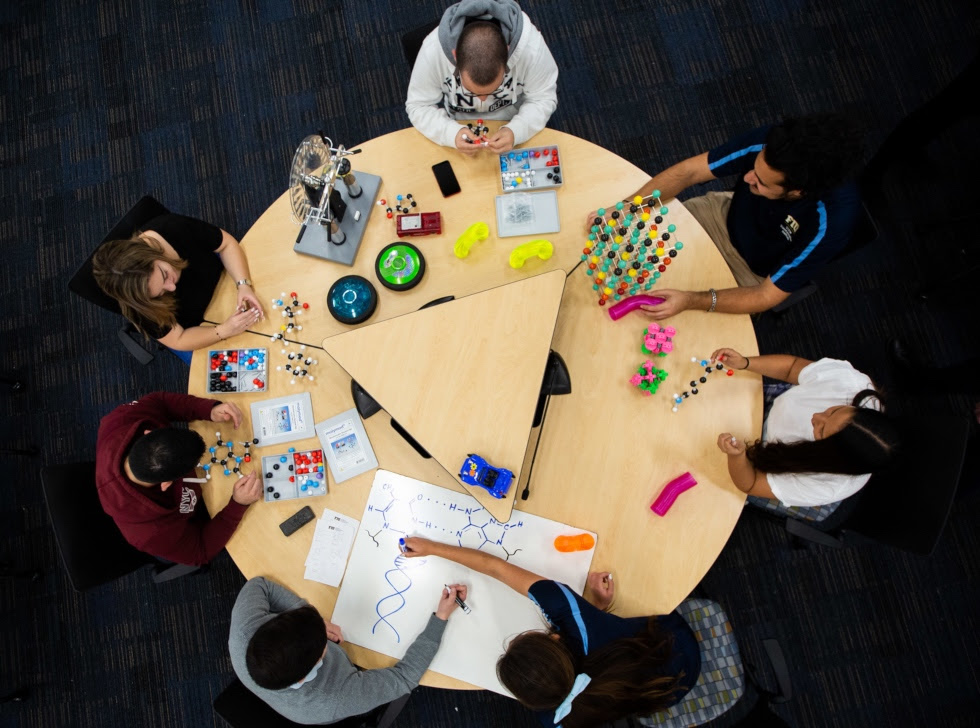 At 19, Laird Kramer saw himself as an accountant. One of his college professors saw a physicist. Kramer was good with numbers so he enrolled as an accounting major at George Washington University. But an astronomy class during his freshman year changed everything. His professor noticed Kramer wasn’t just good with numbers—he was really good at physics. “He said ‘if you have talent, you should think about doing it,’” Kramer said. Today he is a professor of physics at FIU. He also directs the STEM Transformation Institute.

Facebook invests $4M to expand Northeastern University’s Align computer science master’s program (GeekWire)
Facebook has invested $4.2 million to expand Northeastern University’s computer science master’s program that helps people from other fields get into tech. The investment will also help to expand the program to other universities. The Align program focuses on women and minority representation in technology and helping people who don’t have computer science education or tech experience get into the field. Facebook’s investment will fund eight credit hours of coursework for 200 students.

Carnegie Mellon to Share Research Methods (Inside HigherEd)
Carnegie Mellon University has signed up for an institution-wide license to protocols.io — an open-access research method sharing platform. CMU is the first university to do so. The site offers free versions of licenses to researchers, but premium memberships include training and unlimited use of the platform.

Clarkson Professors Receive Grant to Address STEM Teacher Shortage (Clarkson University)
A team of five Clarkson professors has been granted more than one million dollars through the National Science Foundation Robert Noyce Teach Scholarship Program to help address the shortage of STEM secondary teachers in high-need schools. Over the next five years, the grant will be used to help 20 high-achieving science and math undergrad students become science and math teachers in high-need districts.

Waddle You Do To Celebrate JiJi Day? (MIND Research Institute) 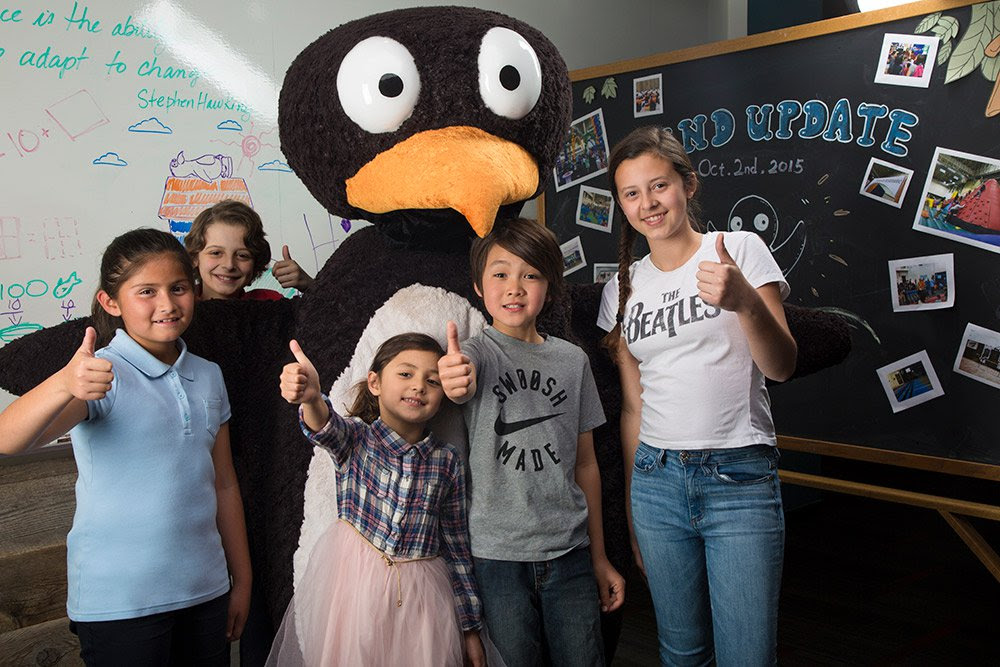 JiJi is the beloved penguin in the ST Math software games. Every time a child demonstrates understanding of a math concept, JiJi crosses the screen, signaling success and leading the student to the next more challenging puzzle. JiJi Day is an opportunity to celebrate and foster a school culture based on the principles associated with JiJi: perseverance through challenges, a love of learning and the thrill of success. We welcome you to celebrate JiJi Day with your students on Friday, April 26. There are a few ideas listed below, but please feel free to get creative!

For Kerrion Smith, the newly renovated computer lab at Fort Meade’s Middle School/Teen Center is a second home. Smith said he uses the computer lab to do homework and composed the essays that garnered him the title of Fort Meade’s 2019 Youth of Year in the computer lab, with the help of its youth technology lab personnel. The computer lab is part of the new STEM Center of Innovation at the Middle School/Teen Center, which will officially open on April 30. The STEM Center of Innovation is funded by a one-year, $45,000 grant from the Boys & Girls Clubs of America and sponsored by Raytheon, an electronics manufacturer and defense contractor.

The U.S. Cities With The Highest Concentrations Of STEM Jobs (Forbes) 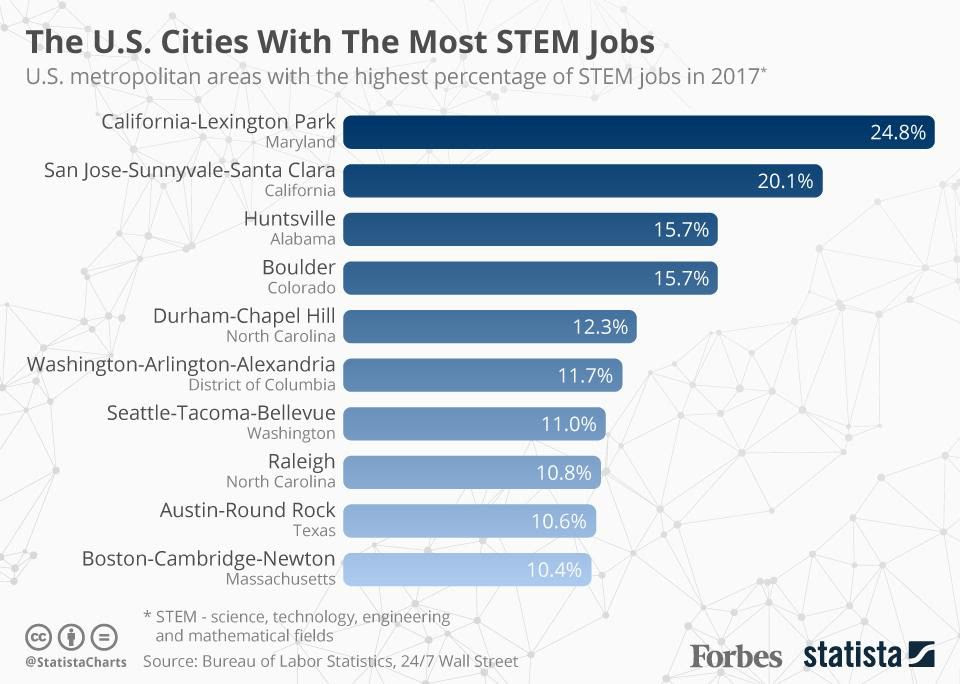 While STEM jobs are often associated with computing, coding and Silicon Valley style innovation, they are the driving force behind everything from manufacturing to food processing and modern healthcare. Given that advanced technology is key to guaranteeing future prosperity, the nation’s best-paying and most secure jobs are increasingly in STEM fields. Website 24/7 Wall Street carried out an analysis of Bureau of Labor Statistics data to find out which U.S. metropolitan areas have the highest levels of employment in STEM.

Report on Potential for Boot Camps (Inside HigherEd)
Coding boot camps have the potential to dramatically change the landscape of postsecondary education and training, a new report concludes. “Betting on Bootcamps” was published this week by the Clayton Christensen Institute, a nonprofit think tank focused on the impact of disruptive innovation. To thrive, the report said, boot camps must expand into areas other than computing, offer more lifelong learning opportunities and gain strong employer buy-in for their credentials.

60 students have been selected to be part of the inaugural class for P-TECH (Pathway in Technology Early College High School), an initiative that Gov. Phil Murphy’s administration is launching in three New Jersey high schools in September. In addition to Paterson’s Panther Academy, the other schools are in New Brunswick and the city of Burlington. As part of the six-year program, students will move on to Passaic County Community College after they finish the high school course and work with mentors provided by IBM.