After a five-year journey kick-started by a $31 million donation from Oculus VR Inc. co-founder Brendan Iribe, University of Maryland’s newest facility is just a week away from its official opening. The Brendan Iribe Center for Computer Science and Engineering — a $152 million, 215,600-square-foot building at Baltimore Avenue and Campus Drive in College Park — will serve the new home of 4,000 undergraduate, master’s and doctoral candidate students. The building houses two auditoriums, 13 research labs, four collaborative classrooms, two seminar rooms, 20,000 square feet of community space and a 5,300-square-foot makerspace.

UNK takes strides in STEM field with new facility (KSNB)
The University of Nebraska – Kearney is looking to take new strides in the stemfield with their newest facility. While the building is not fully built yet, students and faculty took a moment to appreciate the progress. The building will have a few classrooms and a lot of lab space dedicated to research and collaboration across fields. “Technology has really changed the way we can do hands on education so we’re thrilled about this building because of some of those specialized lab spaces,” Vice Chancellor Jon Watts said.

OSU to lead construction of third research ship (Register-Guard)
Oregon State University has received $108.12 million from NSF to manage the construction of a third research ship, OSU announced. In 2013, the science foundation selected OSU to lead the initial design for as many as three new ships. The National Science Board authorized up to $365 million for the project. OSU selected Gulf Island Shipyards of Houma, La., to construct the first vessel, which OSU will operate; the research vessel Taani will operate primarily in the Pacific Ocean 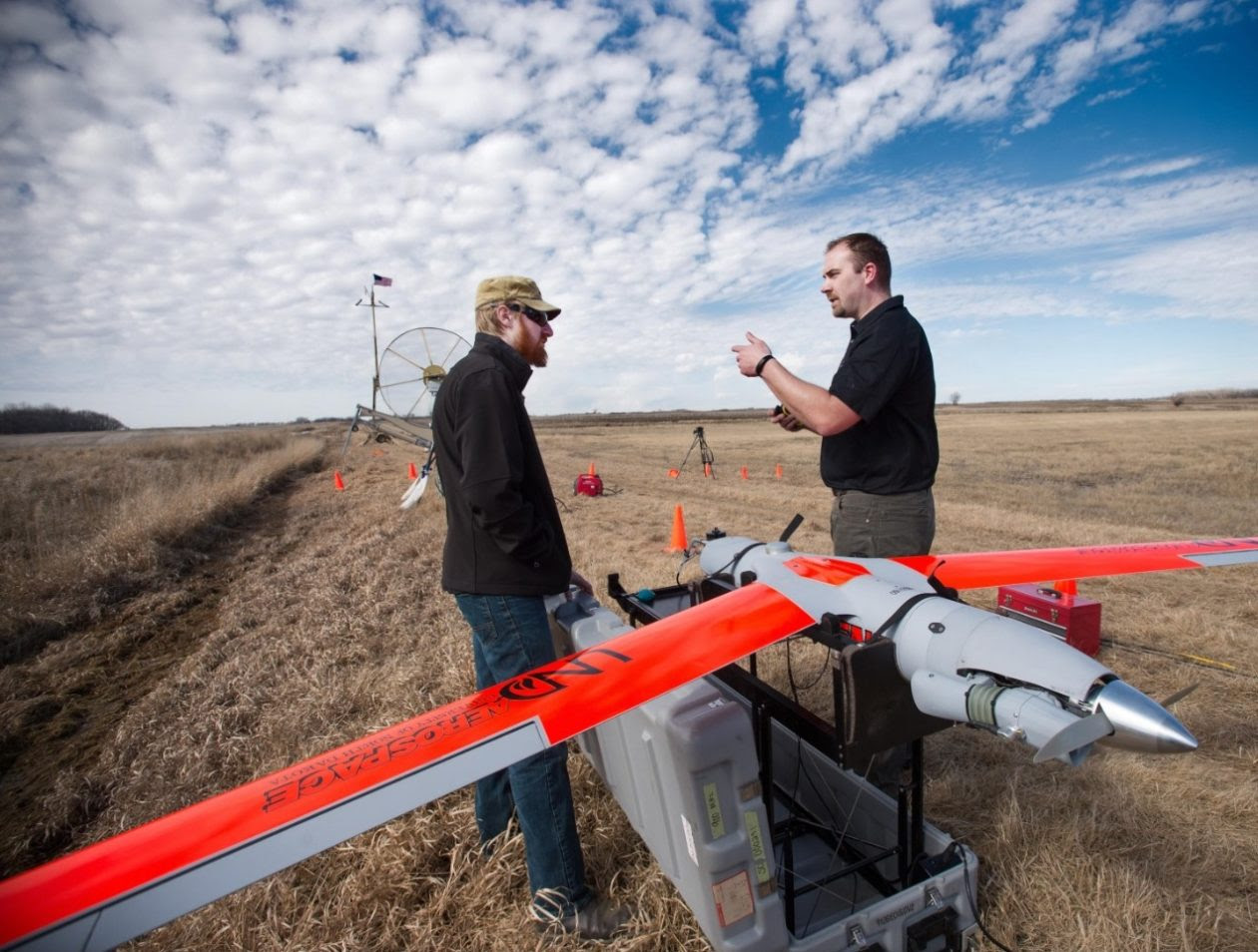 Microsoft has awarded a $100,000 TechSpark grant to support Airtonomy, a startup that’s partnering with the University of North Dakota Aerospace Foundation to blaze a trail for drone applications in North Dakota’s “Silidrone Valley.” The Red River Valley has been dubbed the Silicon Valley of unmanned aircraft systems, or UAS, thanks to the region’s open spaces, clear skies and the roles played by the University of North Dakota and the Northern Plains UAS Test Site.

New initiative helps women in STEM negotiate salaries (Daily Texan)
As part of a new initiative, the UT Natural Sciences Council hosted a national workshop on Tuesday to help women in STEM negotiate their salaries. The American Physical Society hosts the traveling workshop at colleges around the nation to introduce professional women in physics to students. The event informed students about the ongoing trend of women receiving less pay than their male counterparts, specifically in the STEM fields, and helped students successfully negotiate their salaries.

Jayshree Seth filed her first U.S. patent application with several colleagues within a year of landing a job at 3M in 1993. The discovery had to do with disposable softgoods such as diapers. The sense of empowerment that came when 3M accepted her innovation and federal officials issued a patent launched a career that so far has led to 65 other patents and a title of corporate scientist. A push by 3M to help women scientists and engineers innovate made a big difference for Seth.

The Disciplines Where No Black People Earn Ph.D.s (The Atlantic)
Some trends in higher education move up and down—ebbing and flowing with the economy and demographic shifts. And then there are those that are stagnant, ever-present reminders of the work America’s universities still need to do. One of those is the problem of faculty diversity: Less than 6 percent of full-time faculty members at institutions across the country are black. Many factors coalesce to bring about that dearth of black faculty, but one of the most significant is the perpetual scarcity of black doctoral-degree recipients.

Arlington High School senior Sadie Hollingsworth attended the STEM Signing Day at the State Capitol in Olympia April 12. Similar to a signing day for athletes, the Washington STEM Signing Day celebrates high school seniors from across the state who are involved with STEM education as they make their commitments to technical schools, colleges and universities.

Boy & Girls Club receives $10,000 for STEM education (Four States)
The Boys and Girls Club of Southwest Missouri is the recipient of a donation to help them help kids with S.T.E.M. education. For the second year in a row U.S. Cellular has given the Club a donation of $10,000 to provide K-12 STEMeducation for kids in the Club. n all, U.S. Cellular has donated 1 million dollar donation to clubs across the country this year, 55 thousand dollars of which are going to clubs throughout the State of Missouri.

Renewable Energy Job Boom Creates Economic Opportunity As Coal Industry Slumps (Forbes)
Renewable energy jobs are booming across America, creating stable and high-wage employment for blue-collar workers in some of the country’s most fossil fuel-heavy states, just as the coal industry is poised for another downturn. Economics are driving both sides of this equation: Building new renewable energy is cheaper than running existing coal plants and prices get cheaper every year. By 2025, almost every existing coal plant in the United States will cost more to operate than building replacement wind and solar within 35 miles of each plant.