In today’s STEMdaily, Governor Jay Inslee makes Washington state the first to sign legislation for Girls Who Code’s K-12 computer science policy push, the Society for Science & The Public announces mentors in its Advocate Grant Program, over 8,500 Women in STEM have joined the 500 Women Scientists database, The Actuarial Foundation announces winners of its Modeling The Future Challenge, and registration is nearing for the Hawaii STEM Conference. 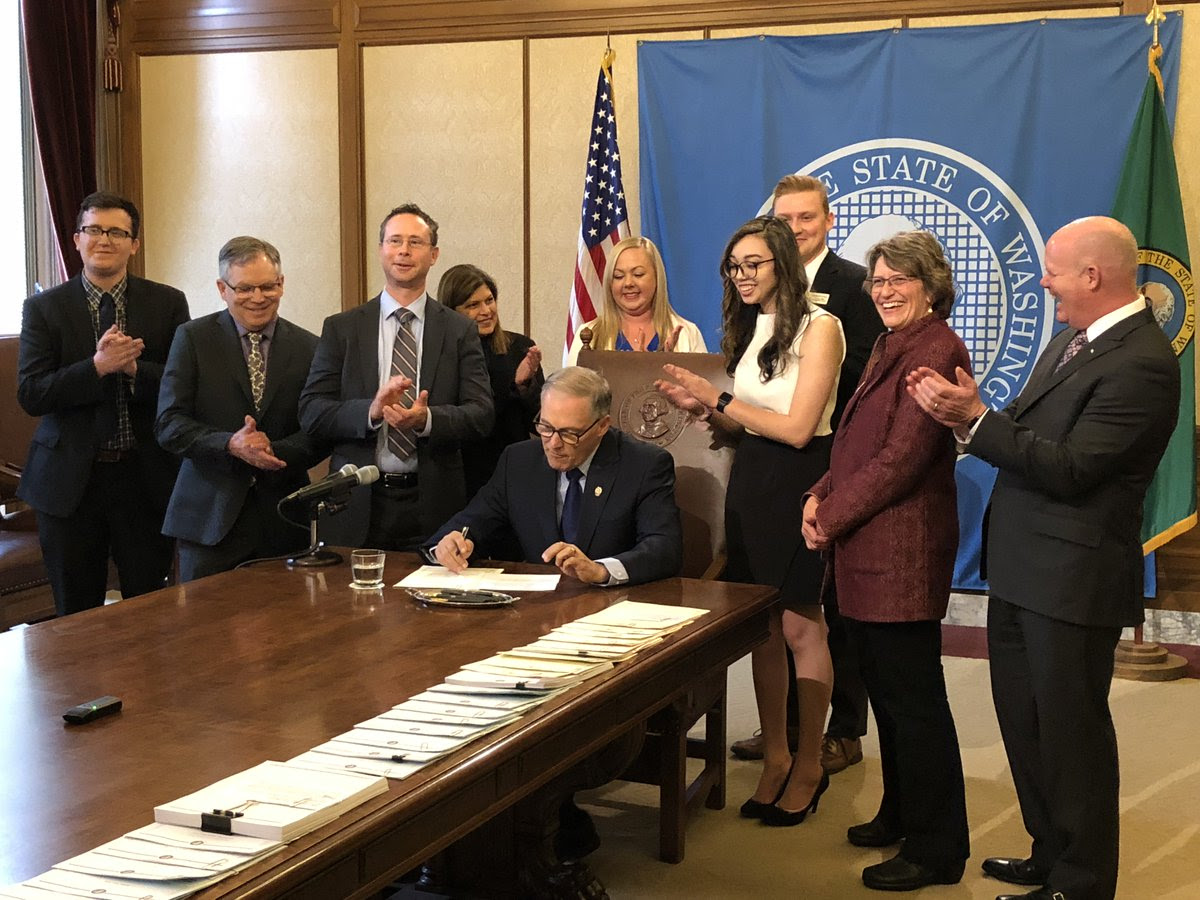 In the 10 months since Girls Who Code announced a set of policy recommendations aimed at closing the gender gap in K-12 computer science, the national nonprofit has been working with states to promote legislation that would help measure the extent of the gender disparity in U.S. classrooms. On Wednesday, Washington became the first state to get on board with Girls Who Code’s policy agenda when Gov. Jay Inslee, a Democrat, signed into law a bill written with the expressed intention of closing the gender gap in computer science fields.

Society for Science & the Public Names 60 Advocates to Mentor Underserved Students and Help Them Navigate Science Research Competitions (Society4Science)
The Society for Science & the Public is pleased to announce this year’s 60 Advocates who will mentor underrepresented and low income students and guide them in entering science research competitions. Now in its fifth year, the program continues to grow and reach more students. In 2018, the Society named 50 Advocates. Through the Advocate Grant Program, educators and scientists expand opportunities for underserved students who have the potential, yet lack the necessary resources, to succeed in STEM fields.

Where Are the Black Women in STEM Leadership? (Scientific American)
Today, Black women are working in every industry imaginable and doing jobs that, just a generation or two ago, we could only dream of. Yet the number of those working at senior levels in STEM fields remains distressingly low. In March, the National Science Foundation reported that in 2016 alone, Black women earned more than 33,000 bachelor’s degrees in science and engineering and accounted for 24 percent of doctorates awarded in STEM. But that same report showed that in 2017, only 5 percent of managerial jobs in STEM were held by Black women. So, where are we?

‘This is the tip of the iceberg’: More than 8,500 women have joined the 500 Women Scientists database (Stat News)

The name 500 Women Scientists is a bit of a misnomer. Since the grassroots organization launched its searchable database of women scientists in January 2018, more than 8,500 researchers across the globe have shared their information so that journalists, conference organizers, and teachers can tap into their expertise. In a new paper published Tuesday in the journal PLOS Biology, the researchers behind 500 Women Scientists report that their platform has been accessed more than 100,000 times.

STEM Advantage to Celebrate Expansion to Cal Poly Pomona and all 23 California State Universities by 2023 (STEM Advantage)
STEM Advantage—a nonprofit organization that funds college scholarships, and provides internships and mentors for women and underserved communities—announced that it has successfully expanded to Cal Poly Pomona this year. The award-winning program has reached over 6,200 students and plans to expand to all 23 California State University schools by 2023. The program now has an unprecedented 100 percent graduation and hire rate post-graduation.

NGSS Curricula Is For All Teachers: Use Our Roadmaps! (T.H.E. Journal)
In our last blog post, we described curricula aligned with the Next-Generation Science Standards (NGSS) that was geared towards elementary school students. In this blog post we describe NGSS-aligned curricula for middle school — and middle school teachers, in particular. How can middle school teachers learn how to lead their students in NGSS-style learning? There’s a Roadmap for that — as you will soon see. Start your engines, please!

Jerome Bettis turns focus from football to STEM with program for local students [VIDEO] (WTAE)
Former Steelers star Jerome Bettis was back in the Pittsburgh area Wednesday, helping local children study STEM programs. Bettis and his The Bus Stops Here Foundation kicked off an “innovation huddle” at Washington Park Elementary School in Washington. The students are learning about coding, animation and robotics. Bettis’ program will also host a weeklong technology camp this summer. Go to thebusstopsherefoundation.org for more details.

Registration for STEM conference on Oahu due Friday (The Maui News)
Students and teachers will get the chance to explore the latest technology and hear from some of the biggest names in STEM at the 10th annual Hawaii STEM Conference on Oahu next month. The conference is presented by STEMworks, a statewide initiative of the Maui Economic Development Board. It will take place May 1-2 at the Hawaii Convention Center in Honolulu. Registration is open through Friday. This year’s event is expected to attract more than 1,000 students and 300 teachers from K-12 schools throughout the state.