In today’s STEMdaily, FIRST reflects on the tragic death of Kendrick Castillo in the STEM School shooting in Colorado, Wyoming adds computer science standards, Georgetown University Center on Education and the Workforce (CEW) releases new report on talent on privilege,  and 5 jobs of the future kids will flock to. 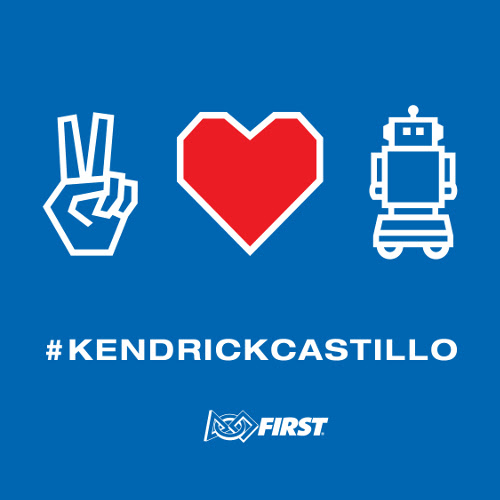 The tragic death of Kendrick Castillo during the STEM School Highlands Ranch shooting in Colorado last week has continued to weigh heavily on my mind and many others in our FIRST community. Kendrick was an active member of FIRST Robotics Competition Team 4418, STEMIMPULSE. Kendrick left a significant mark on the world, not only from his heroic final actions, but in all he contributed in his young life, including sharing his love for his robotics team, engineering, and cars, and his commitment to mentoring younger generations. Via our online fundraiser, the FIRST community has raised more than $50,000 from 1,000+ donors for the Team 4418 Victim Support and Memorial Fund. We expect that will continue to rise in the coming days.

Task Force Report Highlights Threats to U.S. Scientific Leadership (AAAS)
The Task Force on American Innovation, a non-partisan alliance of leading American companies and business associations, research university associations, and scientific societies, today released a major new report – Second Place America? Increasing Challenges to U.S. Scientific Leadership. The report benchmarks the U.S. against other nations in five major areas: (1) R&D investment; (2) knowledge production; (3) education; (4) workforce; and (5) high-tech sectors of the economy. Although the U.S. continues to lead in many of these areas, other countries are rapidly developing their innovation capacities and could soon outperform the United States, warns the report.

Trump wants $1.6 billion for a moon mission and proposes to get it from college aid (Quartz)

The White House is filling in the blanks on its promise to return astronauts to the lunar surface by 2024, requesting another $1.6 billion in funding on top of the $21 billion already proposed in US president Donald Trump’s budget for the 2020 fiscal year. But it is far from clear if Trump or the agency can win over a skeptical Congress. The administration proposes to get the money by repurposing unused funding earmarked for Pell grants, the government financial aid program for low-income college students.

It’s Never Too Early to Start Thinking About STEM Careers (U.S. News)
Boys are naturally better than girls when it comes to STEM learning… right? This long-standing myth was again put to rest by the fact that girls outperformed boys on the 2018 Technology & Engineering Literacy Assessment, given to 15,400 eighth graders at about 600 schools across the U.S. These results beg several questions. Why do young women in high school make up only 23% of Advanced Placement exam takers in computer science, less than 20% of recipients of bachelor’s degrees in computer and information science, and just over a quarter of the entire computing workforce?

5 Future Jobs You’ve Never Heard of But That Your Kids Will Flock to (Entrepreneur)
Thanks largely to two trends — modernization and automation — the job market has arguably changed more in the last decade than in the previous half-century. But for every job that fades into obsolescence, new ways of making a living surface. With a bit of foresight, those of us who are tasked with setting up future generations for success (as parents, teachers, counselors and more) can help. #1: E-Sports…

New Memphis program encourages more students to pursue careers in construction (Chalkbeat)
About 200 more Memphis students will be able to work toward certification in construction jobs next year thanks to a two-year state grant and an additional curriculum announced Tuesday. The after-school program, known as Pre-Apprenticeship Certificate Training, or PACT, is Gov. Bill Lee’s latest push to train more high school students to enter careers straight out of high school in areas such as masonry, carpentry, landscaping, painting, plumbing, and construction technology.

“Corn Queen” Katie Murphy is wearing a new crown, as winner of the UC Grad Slam last Friday (May 10) — the first UC Davis student to win the systemwide contest in its five-year history. The competition begins each year at the campus level, where Ph.D. and graduate students present their research in three minutes or less, aiming to give lively, easy to understand talks for a general audience — allowing students to develop and practice their skills in explaining their work. Murphy, a plant biology Ph.D. student who works in Professor Philip Zerbe’s lab, wowed the judges — first on campus, then at the systemwide competition at LinkedIn headquarters in San Francisco — with her talk, “Feeling Sick: How Corn Makes Its Own Medicine.”

Wyoming Adding CS to State Learning Standards (T.H.E. Journal)
Wyoming is adding computer science to its state K-12 learning standards after agreeing to reduce the amount of the instructional burden for them placed on elementary teachers. Tied to the adoption, the Department of Education received a $95,000 grant from Microsoft’s TechSpark initiative to provide CS implementation and training to individual school districts that apply for grant consideration.