In today’s STEMdaily, the leaders of AAAS & Lyda Hill write in Newsweek about how Katie Bouman showed the world what a woman in STEM can do if given the chance, Tiger Woods interviews a TGR Foundation Earl Woods Scholar, USC unveils an STEM MBA specialization, and how two U.S. Naval Research Laboratory engineers are inspiring STEM throughout Puerto Rico.

Diversity in STEM
Margaret A. Hamburg (Chair, AAAS) & Nicole Small (CEO, Lyda Hill Philanthropies): Katie Bouman showed the world what a woman in STEM can do. If given a chance (Newsweek) 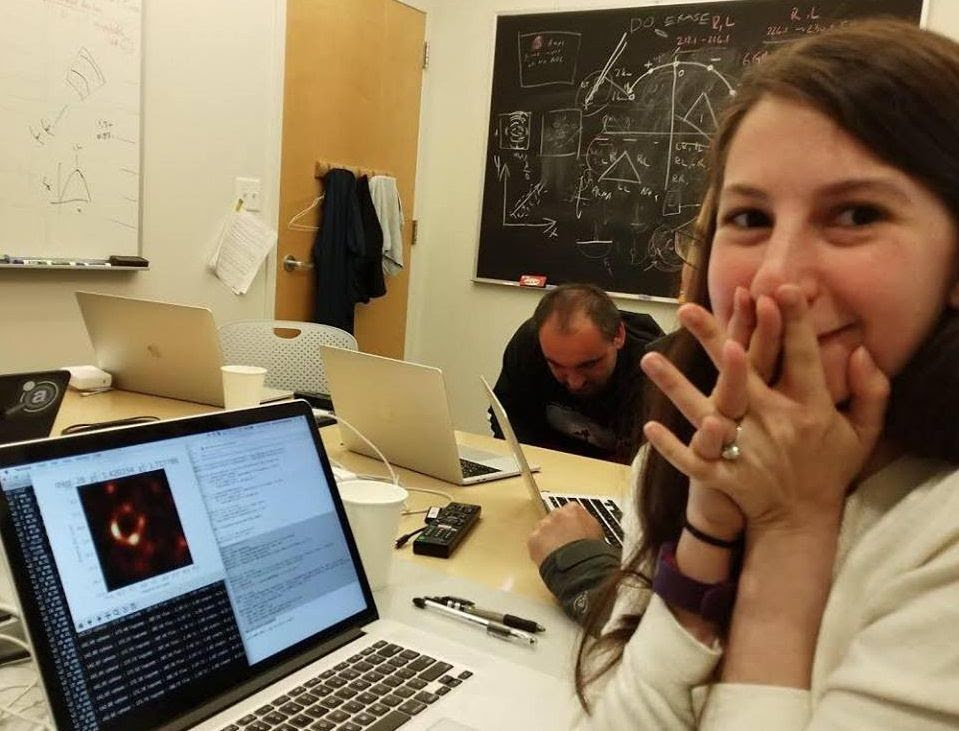 As viral images go, scientists couldn’t have asked for a better one-two combo. On April 10, the first-ever image of a black hole and its burning ring of gas was seen around the world. Next, a different kind of caught-in-the-moment radiance – the overjoyed reaction of Katherine Bouman, whose algorithm played a role in the black hole’s capture. It was a good day for science, and for women in STEM. It was also, unfortunately, a rare day, with the black hole representing a troubling metaphor. That term might describe the experience of many girls who, despite their love of STEM, don’t receive the same encouragement that boys do.

How to Inspire Girls to Become Carpenters and Electricians (CityLab)
In a workshop space in Portland, Oregon, a group of 10 young girls recently learned the fine art of soldering steel. On one day, each of them had transformed some old bike parts into miniature metal owls. It was just one of many skills these girls, ages 8 to 14, would acquire over the course of a weeklong spring break camp. They also learned how to build Adirondack chairs and a small side table, how to tie complex knots, and how to bend conduit to wire metal lamps. 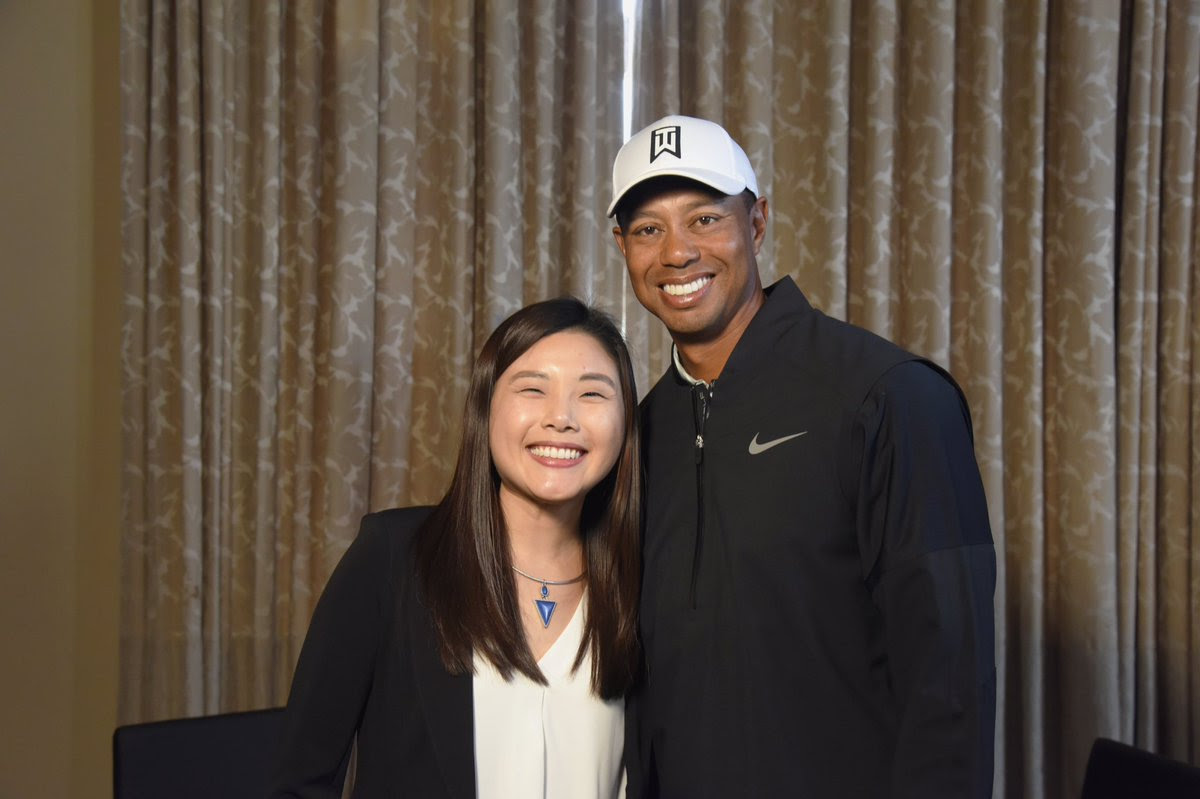 TGR Foundation empowers students to pursue their passions through education. Yeon Jin (Grace) Lee is one of many students the foundation has helped to empower. A graduate of the Earl Woods Scholar Program, Grace earned a degree in electrical engineering and computer science from UC Berkeley. After working at NASA, Grace decided to pursue her passion of filmmaking and is currently a graduate student in the USC School of Cinematic Arts. During the 2019 Genesis Open, Grace sat down with, Genesis Open tournament host and TGR Foundation founder, Tiger Woods to talk about the opportunities the tournament provides for students in the Earl Woods Scholar Program.

BCC Unveils New STEM Student Research Center (TAPinto)
Bergen Community College unveiled its new $1 million STEM Student Research Center on Tuesday at the school’s main campus in Paramus. The facility, College President Michael Redmond emphasized, is a “student research center” because “our students are our future.” “We invest in them because it’s the smartest way we can prepare for tomorrow,” said Redmond, who was joined by county government officials and college faculty at the ribbon cutting ceremomy.

Why Normalizing Struggle Can Create a Better Math Experience for Kids (Mind/Shift)
Math educator Dan Finkel grew up doing math with ease and completed calculus as a freshman in high school. But it wasn’t until he went to math summer camp and learned how to think like a mathematician that he truly fell in love with math. It helps to have a positive relationship with math because when people are uncomfortable with it they are susceptible to manipulation. He is a founder of Math for Love which provides professional development, curriculum and math games.

New Research Project Exploring AI in K-12 (T.H.E. Journal)
A Canadian university is working with a Canadian and American education technology company to research the use of artificial intelligence in K-12 classrooms. Specifically, the project will explore the impact of AI-driven learning experiences on student outcomes, including academic growth and social emotional learning. Participants will also develop research and best practices on the responsible use of AI in regards to equity, student privacy and teachers’ abilities to personalize their students’ learning experiences.

Why the High-Achievers Have Moved to ‘Shop’ Class (Education Week)
A new breed of students has flooded into career-technical education, and they’re transforming a slice of the K-12 world that’s long suffered from stigma and disrespect. These students are focusing on professions like engineering and health care instead of traditional trades like manufacturing and agriculture. They have higher grades and test scores, and more positive attitudes toward school. They come from better-educated families and are more likely to attend four-year colleges than their peers in old-school career-tech education or what was once known as “vocational education.” 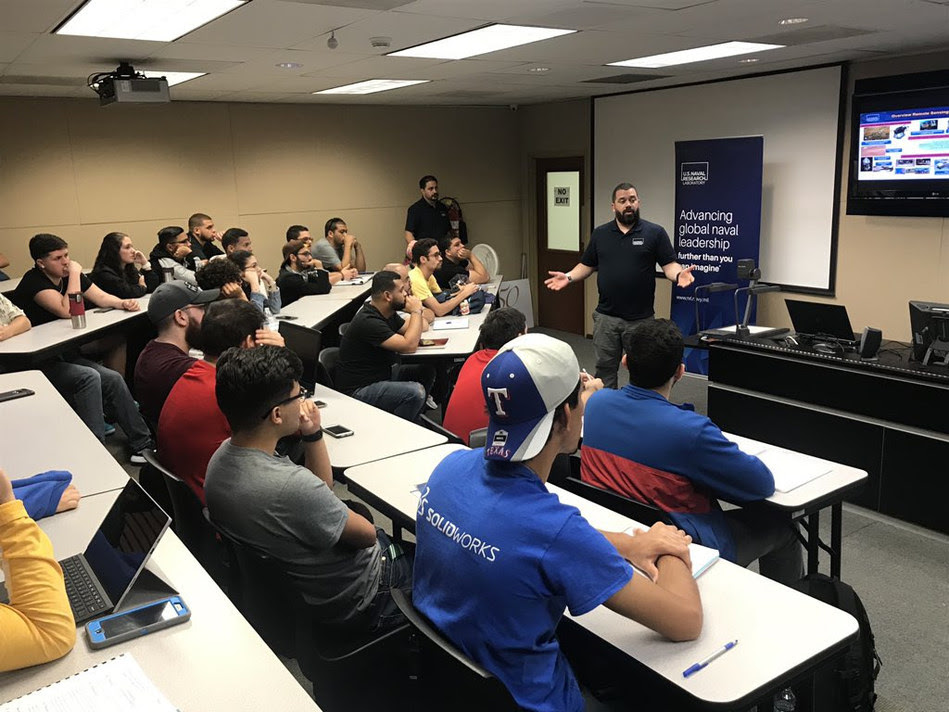 The undeniable talent of two U.S. Naval Research Laboratory research engineers from Puerto Rico speaks to the promise and potential of a new generation of the STEM workforce. As college students, Freddie Santiago and Carlos Font inspired STEM programs in Puerto Rico that still operate today, gaining them an intellectual reputation that would later bring them international recognition. “We were both part of the Physics Student Society at University Puerto Rico – Mayagüez (UPRM),” said Font, who today is a researcher with NRL’s Advanced Systems Technology Branch.