In today’s STEMdaily, the Seattle Times explores how Washington state is teaching the teachers how to teach kids about climate science, the SAT Biology exam was possibly compromised on Reddit, the philanthropist who name is already on the Wyss Institute for Biologically Inspired Engineering at Harvard University contributes $131M more to the institution, Virginia Tech Innovation Campus announces where it plans to build near Amazon’s new HQ2 in Northern Virginia, and are tablets actually reducing outcomes for young learners? 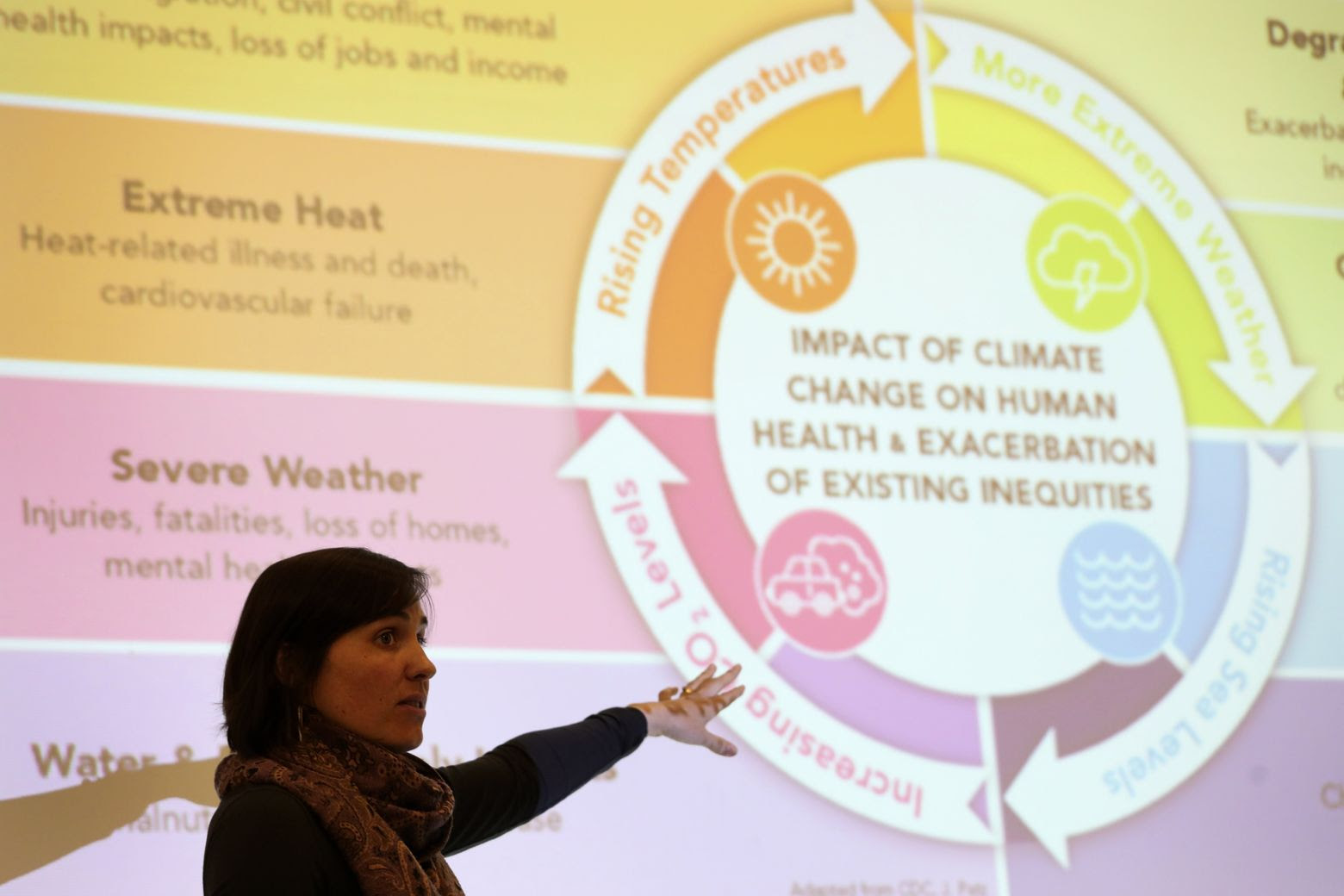 Once you reach a certain age, you forget what a simple pleasure it once was to get gloriously messy. The fourth-, fifth- and sixth-graders at Cathcart Elementary in Snohomish have not yet reached that threshold. On a recent spring morning, they all fidgeted in their chairs while listening to teacher Sadie Brumley’s instructions, eyes darting toward the bags full of orange peels, apple cores, grass and leaves over in the corner. Few humans have ever been as jacked up about the concept of composting.

Was SAT Biology Subject Test Compromised? (Inside HigherEd)
The National Center for Fair & Open Testing, a group that has long criticized standardized tests and pointed to security problems on them, revealed Thursday that it had received a call with information about questions on the SAT subject test in biology given last weekend. Further, similar questions turned up on Reddit, FairTest announced. The call with information about the test came from East Asia and took place before the exam was given in the United States. FairTest noted that many test takers monitor Reddit, making it possible some had an advance edge on the test.

Entrepreneur and philanthropist contributes $131 million more to the institute that bears his name (Harvard)
The Wyss Institute for Biologically Inspired Engineering at Harvard University announced today the latest gift of $131 million from its founder, entrepreneur and philanthropist Hansjörg Wyss, M.B.A. ’65. The Wyss Institute seeks to bridge the gap between academia and industry by drawing inspiration from nature’s design principles to solve some of the world’s most complex challenges in health care and the environment and commercializing those solutions to maximize their impact.

The Virginia Tech Innovation Campus, a $1 billion effort to build up the state’s tech worker ecosystem in conjunction with Amazon.com Inc.’s arrival, will be constructed in Alexandria’s section of Potomac Yard. Oakville Triangle, located across Route 1 from Potomac Yard, is out. Instead, the campus will be located within the northern portion of Potomac Yard, on 15 acres between Four Mile Run and the existing Regal Cinemas theater, about a quarter mile from the planned Potomac Yard Metro station.

(More) Bias in Science Hiring (Inside HigherEd)
A major 2012 study revealed significant gender bias in hiring in the natural sciences: male and female scientists alike discriminated against hypothetical undergraduate female candidates for a lab manager position whose CVs were identical to those of male candidates. Years later, another group of scientists has managed to carry out a study on racial bias in hiring in the sciences, concerning postdoctoral researchers in physics and biology. The experiment also included gender, to see how racial and gender biases intersect.

Becky Griffith is an instructor at Northern Illinois University’s digital convergence lab. She runs a video game coding camp for elementary and middle school girls. The camp draws on many different skills, such as design, art, and coding. It also introduces Amelia and others to concepts like revising code. “There’s always stuff you gotta work out and other things that might go wrong,” she said.

Helping Stay-at-Home Parents Reenter the Workforce (Harvard Business Review)
In 2008, Hagit Katzenelson left her job at a tech startup to care for her three small children. Four years later, she was revved up and ready to return. Armed with an electrical engineering degree, an MBA, and 14 years of previous work experience, she refreshed her skills with consulting projects and by developing a mobile gift-giving app on her own. Yet when she applied for product jobs, she hit a wall… again and again, for five full years.

The number of Americans working in their 70s is skyrocketing (Quartz)
Katharine Abraham, an economics professor at the University of Maryland, was chatting with her hairdresser one night about retirement plans. The economist said she plans to continue working because she wants to and has no plans for retiring. The hairdresser agreed but for different reasons: She needs the money. Both scenarios are contributing to a big increase in the number of people in the US working into their 70s. Over the past 20 years, the share of Americans working in their 70s has risen from less than 10% to nearly 15%, according to US Census bureau data.

Research shows lower test scores for fourth graders who use tablets in schools (Hechinger Report)
mounting body of evidence indicates that technology in schools isn’t boosting student achievement as its proponents had hoped it would. The latest research comes from the Reboot Foundation, which released a study in June 2019 that shows a negative connection between a nation’s performance on international assessments and 15-year-olds’ self-reported use of technology in school. The more students used technology in schools, the lower the nation ranked in educational achievement. In the United States, the results were more complicated.