In 6/28 STEMdaily, Microsoft Education and NASA have created eight new lesson plans to teach students about the challenges of living in space, Wonder Workshop debuts coding and robotics tools for teachers using Dash and Dot in the classroom, the DENSO foundation announces $1M+ in grants to 26 colleges and universities in North America, MIT president warns of potential toxic environment for Chinese researchers in America amidst the White House’s intellectual property disputes, and OK Go and Blue Origin announce the winners of the Art in Space competition.

Microsoft Education and NASA have created eight new lesson plans to teach students about the challenges of living in space. One of the design challenges focuses on the “Astro Socks” project which has students investigating solutions reduce the impact of working in microgravity on astronauts’ feet. Students will also be able to work in 3D to build their own modules for the International Space Station.

Wonder Workshop Debuts Coding and Robotics Tools (T.H.E. Journal)
Wonder Workshop wants to help teachers develop personalized coding and robotics lesson plans for their students. Through Class Connect, teachers will be able to track student progress as they play and learn through Dash and Dot and other hands-on learning exercises. Class Connect provides teachers with real time data on student progress as well as resources for tailoring instruction for every student.

TGR Learning Lab Student Spotlight: My path toward a career in STEM(TGR Foundation)
My earliest memories of the TGR Learning Lab began when I was walking down Gilbert Street from Gauer Elementary School to take part in the week-long, 5th – grade field trip. A few years later, I was back for more, enrolling in multiple classes in the after-school program. Not long after, while attending Savanna High School, I started volunteering at the TGR Learning Lab. From there, I officially joined the staff, working in academic support for the Expanded Learning program. As an academic support staff member, I assisted middle and high school students with their homework in core subjects. 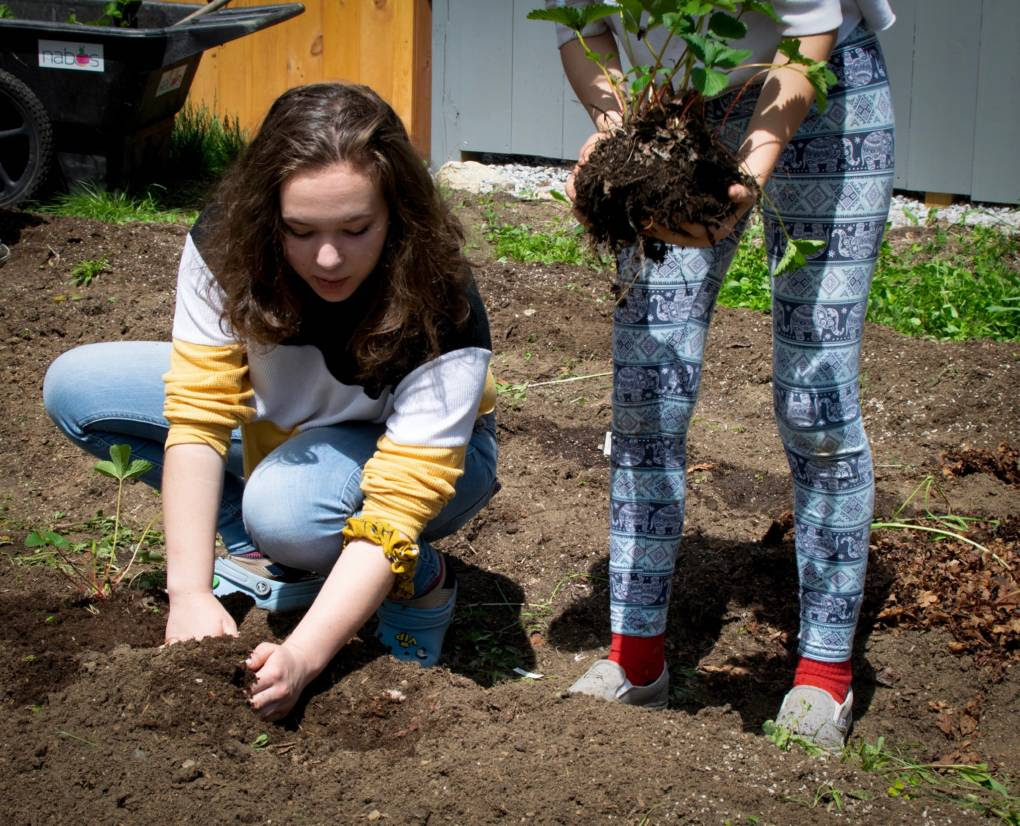 EB Hoff, 14, was running for class treasurer of the Class of 2022… The kind of leadership and responsibility that shone through EB’s speech is actively encouraged at this unusual program in rural Maine. Called the Telstar Freshman Academy, or TFA, it involves all its district’s ninth graders in a hands-on learning method that uses outdoor-based projects and community-building activities as ways to teach across several disciplines.

DENSO Foundation Awards Over $1 Million in STEM Education Grants to 26 North American Colleges and Universities (DENSO)
DENSO, the world’s second largest mobility supplier, announced today it awarded more than $1 million in STEM education grants to 26 colleges and universities across North America. The grants are made possible by DENSO’s philanthropic division, DENSO North America Foundation (DNAF), and support the company’s mission to help cultivate tomorrow’s workforce. These donations deliver critical funds to programs that will help expose students to the rewarding careers available in automotive and manufacturing and prepare them to lead in fast-evolving fields.

MIT Leader Warns of ‘Toxic Atmosphere’ for Chinese Researchers (Inside HigherEd)
Massachusetts Institute of Technology President L. Rafael Reif warned against creating a toxic atmosphere for ethnically Chinese researchers in a sharp message sent to the campus via email on Tuesday. Reif wrote in response to rising concerns in Washington about alleged Chinese efforts to steal American intellectual property. “As head of an institute that includes MIT Lincoln Laboratory, I could not take national security more seriously. I am well aware of the risks of academic espionage, and MIT has established prudent policies to protect against such breaches.” 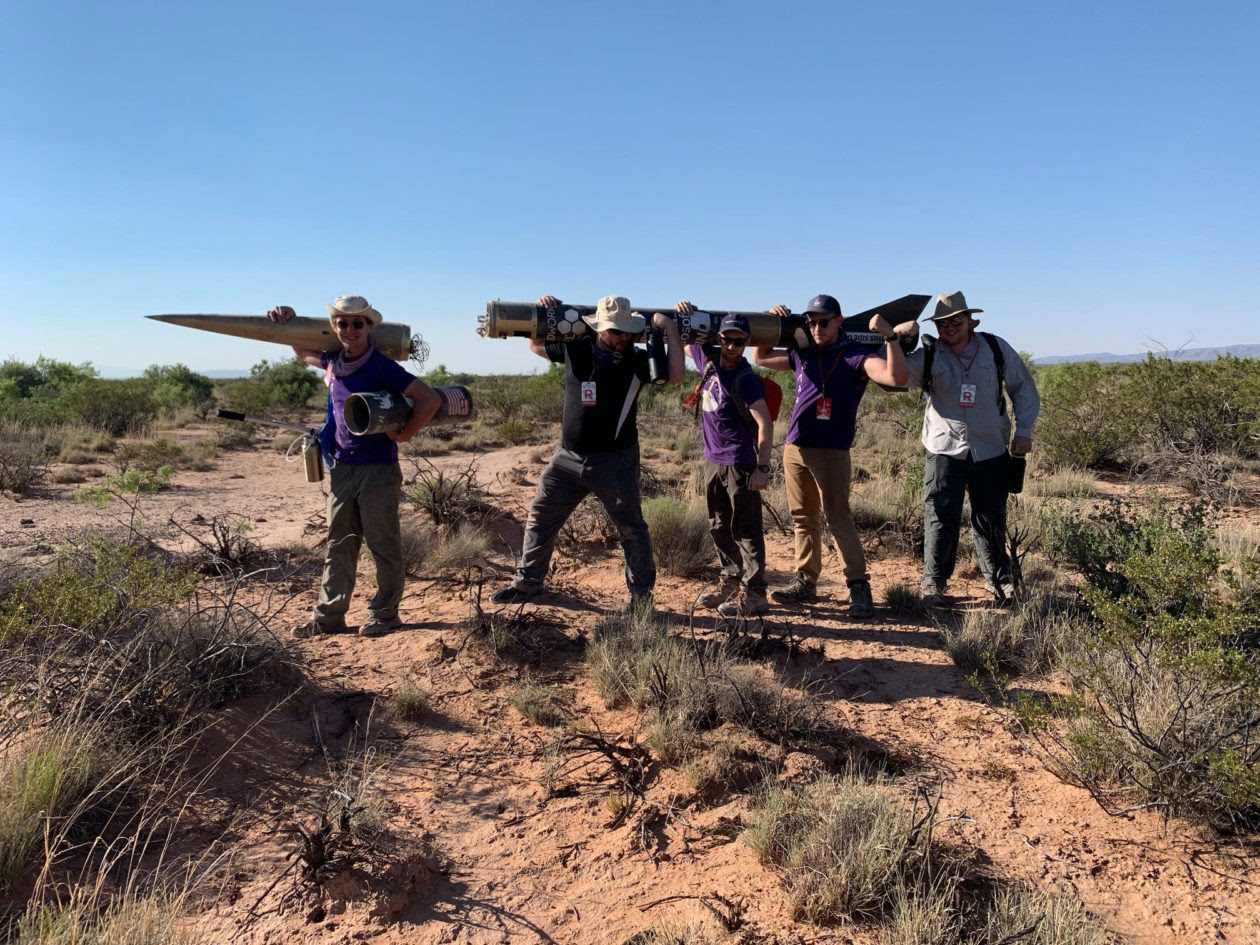 If at first you don’t succeed… try, try, try again. That’s the formula that the University of Washington’s Society for Advanced Rocket Propulsion followed to win the top prize at this year’s Spaceport America Cup competition, held over the weekend in New Mexico. The SARP team took the Judge’s Choice and Overall Winner Award at the world’s largest collegiate rocket engineering contest, which is run by the Experimental Sounding Rocket Association and drew 120 teams from 14 countries. Each team is required to design, build and fly a rocket that can reach 10,000 feet or 30,000 feet, depending on the contest category.

OK Go contest winners will launch their cosmic creations on Blue Origin spaceship (GeekWire)
Three students are getting ready for a space experiment that will use gravity and magnetism to simulate the origin of planet Earth. Another trio plans to create a musical composition that’s based on blips of cosmic radiation. We’re not talking about strictly scientific experiments here: These are the winning entries in an art contest set up by the performance-art rock band OK Go to fly on Blue Origin’s New Shepard suborbital spaceship. The Art in Space contest follows up on OK Go’s viral “Upside Down & Inside Out” video, which splashed paint all over the interior of an airplane during a zero-gravity parabolic airplane flight. Big Tech has become a target in the 2020 presidential race as Democrats regularly take shots at the industry’s titans. With proposed legislation that would rein in the power of tech companies, it seemed like a fertile topic for the Democratic debate Wednesday. But there was almost no discussion of Big Tech, even though the industry has become emblematic of unruly corporate influence and economic inequality. The two-hour debate covered a range of topics, including immigration, gun violence, and impeaching President Donald Trump.

Getting the word out about trade careers (Community College Daily)
The heating and cooling industry has a problem when it comes to developing a pipeline for its workforce. The good-paying jobs are there, but young people just aren’t interested in them. And it’s not a problem that the country can just shrug its shoulders about. A lack of skilled workers will lead to higher labor costs for home builders, lower sales for distributors and a changing market for manufacturers, according to Heating, Air-conditioning and Refrigeration Distributors International (HARDI).