Prepping Middle Schoolers for 21st Century Careers (Chief Learning Officer)
Ashley Szofer is senior director of communication and partnerships at STEMconnector, a professional services firm committed to increasing STEM-ready workers in the global talent pool. “We constantly hear from companies that they don’t have access to the talent that they need to be successful,” Szofer said. “If they’re looking at just hiring from traditional talent pools, then they’re not going to have the STEM talent they need to fill those positions because we know that more STEM jobs are opening than other careers. Industries need to get involved further down the pipeline simply so we can grow the STEM ecosystem as a whole.”

Highly skilled freelancers contributed over $135 billion to the economy – now they need protecting (Fast Company)
The United States is in the middle of an independent labor explosion – despite outdated government studies that suggest the contrary. The continued rise of on-demand platforms and the gig work they generate has pushed what was once a niche conversation on labor economics into the mainstream. Policy makers and businesses alike want statistical confirmation of what they know anecdotally to be true: the digitization of work has brought about a meaningful shift in the way people are working.

Amazon commits $700M to retrain 100k employees, acknowledging impact of tech on jobs (GeekWire)
Amazon is embarking on a $700 million effort to retrain its U.S. workforce, in a high-profile acknowledgment of the impact of technology and automation on jobs and the workforce. The company says it will spend the money over the next five years to “upskill” roughly 100,000 employees, about one-third of its U.S. workforce. The free program, announced Thursday morning, will allow Amazon workers to reboot their careers in hot areas such as data mapping specialist, data scientist, solutions architect and business analyst.

Facebook Inc. unveiled new diversity goals on Tuesday, including an effort to double the number of female employees globally over the next five years, and double the number of black and Hispanic employees in the U.S. The world’s largest social media company also wants half of its U.S. workforce to be from underrepresented groups by 2024. Facebook released the new targets alongside its annual diversity report, which details the ethnic and gender breakdown of its workforce. Williams said that reaching 50% underrepresented employees in the U.S. was both a “stretch” and “ambitious.” About 43% of Facebook’s U.S. workers are currently from underrepresented groups.

Here’s why we need more diversity in AI (Fast Company)
What happens when the training data that feeds our artificial intelligence is limited or flawed? We get biased products and services. Imran Chaudhri, who created the iPhone’s user interfaces and interactions, illustrated this point bluntly onstage at the Fast Company European Innovation Festival in Milan today. “Siri never worked for me,” the accented British-American designer acknowledged, “and we worked on it.” As evidence of AI’s susceptibility to bias increases, the pair agreed that having diverse data sets is essential to creating automated systems that transcend – rather than replicate – the flaws of the real world.

Manufacturing group, local colleges awarded $500K apprenticeship grant (Dayton Business Journal)
A regional manufacturing group and a pair of local colleges have been awarded a $500,000 apprenticeship grant as part of broader effort to expand workforce training programs. The Dayton Region Manufacturers Association, Clark State Community College and Sinclair Community College announced the grant Wednesday at a press conference featuring state legislators, local government officials and others. Local funding received by these groups will come from the Ohio Manufacturing Workforce Partnership, which was awarded an apprenticeship grant of $12 million from the U.S. Department of Labor.

Auburn offering degrees in engineering, German (AP)
Auburn University has a new dual-degree program for students interested in both engineering and the German language. A statement from the school says the new program has students taking four years of classes in Auburn and one year in Germany, where they’ll study at a partner school and work in an internship. The degree could help students wanting to work in fields including automotive manufacturing since the German automaker Mercedes-Benz has a plant that employs thousands in Tuscaloosa County.

NYU Tandon Offers Free STEM Workshop for Teachers (Campus Technology)
This summer, New York University’s Tandon School of Engineering is offering a free workshop for local middle school teachers on developing STEM lessons in the life sciences, physical sciences and mathematics. The two-day DRK12 Robotics program will focus on the use of robotics and engineering design practices in hands-on lessons that align with the Next Generation Science Standards (NGSS) and 5E Instructional Model. 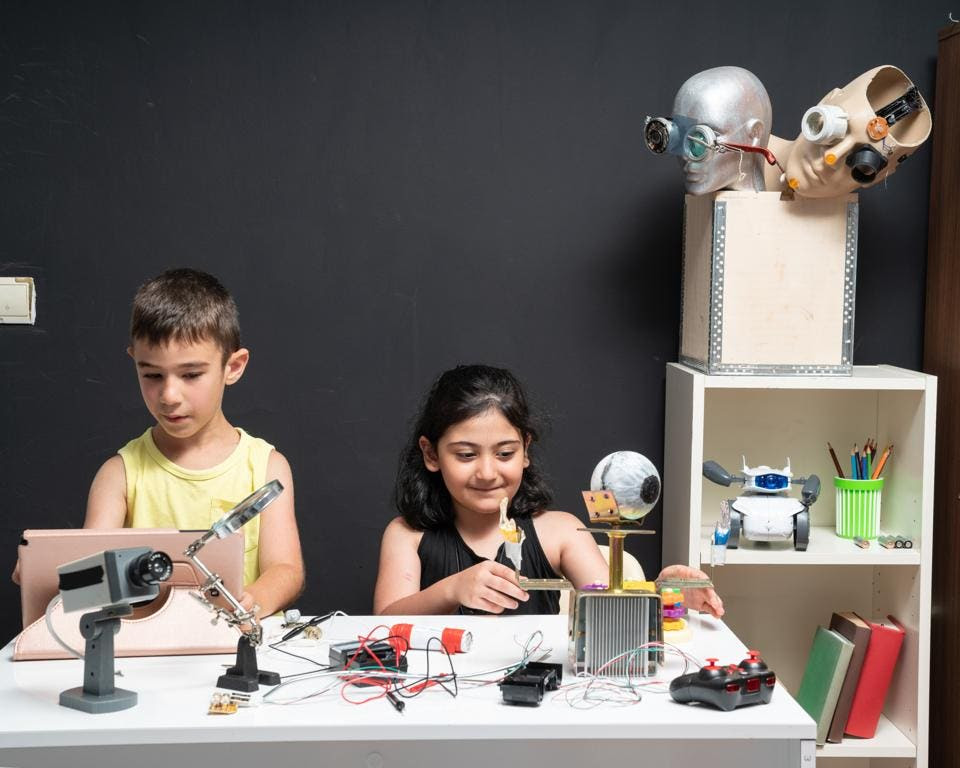 Summer is the perfect time to step back from school actives and focus on the fun of learning. It is also a time when parents send their children away to camps, or to various actives that involve learning something new. Companies realize this demand for STEM skills and have made an effort to introduce various new ways that kids and young adults can learn coding and other activities of the future in a fun way. One such example is Microsoft, which offers free summer STEM coding camps. This year the theme is Harry Potter, a favorite among kinds and adults alike.