In today’s STEMdaily, the LGBTQ+ community recognizes #LGBTSTEMday on July 5th, how a University of Arizona program is helping veterans succeed in STEM, college teams from across the U.S. raced down to Austin this past weekend for the Formula Sun Grand Prix, Chevron funds STEM scholarships at Colorado Northwestern Community College, and how a teacher in Oklahoma approaches teaching climate change in a politically charged environment.

How to Fight STEM‘s Unconscious Bias against LGBTQ People (Scientific American)
[Friday July 5th] was the second International Day of LGBTQ People in STEM, and I’m reminded of a story a colleague told me after I took my first faculty job seven years ago. Before deciding whether to interview me,””we made some calls,” the colleague said, “and we found out you were gay.” Because I was gay, the search committee thought there’d be no way I’d ever come, and so they almost passed on interviewing me, my colleague explained. It was an excellent institution, but they knew it lacked diversity and was far from urban life. 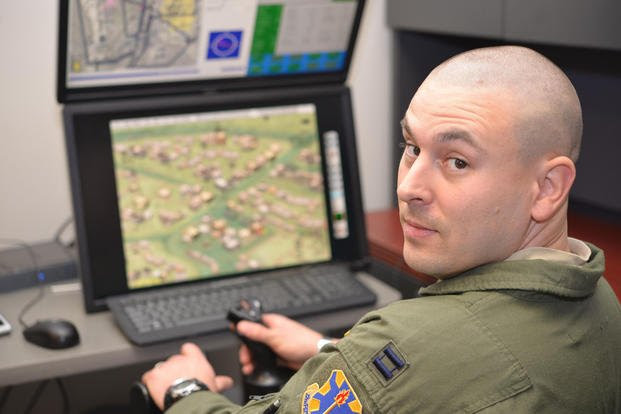 A new program to support veterans studying in a STEM field is launching at the University of Arizona. Michael Marty, UA assistant professor of chemistry, started researching veterans participation in STEM fields after retired Lt. Col. James Rohrbough joined Marty’s lab as a staff scientist. Marty found that graduation rates and persistence in STEM were lower in veterans than in the overall student population. He also found that veterans were more likely than a typical student to have spouses, children and additional responsibilities beyond their education.

Max Pasulka Attends Construction And Engineering STEM Camp At U.S. Air Force Academy (Los Alamos Reporter)
Los Alamos High School rising junior Max Pasulka, 16, just returned from a week-long STEM camp at the U.S. Air Force Academy (USAFA) in Colorado Springs, Colo. The Construction and Engineering Camp was organized by the Society of Military Engineers (SAME) and Pasulka was sponsored by the Albuquerque Chapter. Only 100 students were selected to participate in the camp and Pasulka was the only New Mexico student selected. The USAFA camp is part of a system of SAME camps with sister programs with the Army, Navy, Marine Corps, Air Force and other locations. Race teams from universities across North America are in Austin to help push the limits of solar technology. For the University of Florida crew, every second off the track counts. They’re one of the 20 college teams from across the globe competing in the ‘Formula Sun Grand Prix’. “Build it yourself putting in crazy hours than finally being able to drive it is an amazing feeling,” said a student who attends the University of Florida. Every year, the event takes place at the Circuit of the Americas racetrack.

UTRGV’s Villalobos receives national award for scientific scholarship, STEM leadership (Morning Valley Star)
Dr. Cristina Villalobos, a professor in the UTRGV School of Mathematical and Statistical Sciences, has been honored by the Center for Minorities and People with Disabilities in Information Technology with the Richard A. Tapia Achievement Award for Scientific Scholarship, Civic Science and Diversifying Computing. CMD-IT presents the award annually to an individual who is a distinguished computational or computer scientist or computer engineer and who is making significant contributions in civic areas like teaching, mentoring, advising, and building and serving communities. 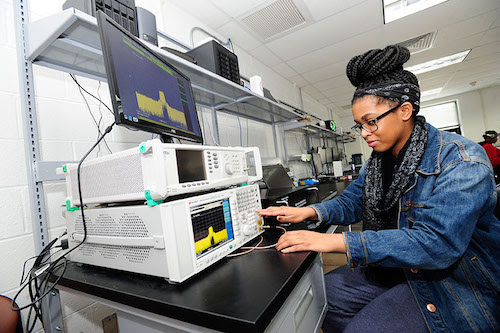 Sens. Ben Cardin and Chris Van Hollen announced Friday more than $1.5 million in federal grant funding for Morgan State University to foster its STEM-related programs. The grant, to be administered over a three-year period through the National Science Foundation, will fund innovative ways to train MSU faculty to better engage learning among undergraduate STEM students. Van Hollen said that in addition to hands-on learning being more fun for students, it’s proven to increase their retention and knowledge.

How An Indianapolis Nonprofit Transformed American STEM Education (Forbes)
Almost half of American public secondary schools use an active project- and problem-based approach to STEM education that shows learners how knowledge and skills may be applied in everyday life. The popular curriculum doesn’t come from one of the big publishers. It’s from an Indianapolis nonprofit with a unique name: Project Lead the Way, now widely known simply as PLTW.

“Weather is chaotic,” said Melissa Lau, a sixth grade teacher in this bedroom community outside of Oklahoma City. “What does that mean to you?” “It’s another word for ‘crazy,’ ” said one boy. “My sister got hit by a golf ball-sized piece of hail,” volunteered a kid with glasses and a tuft of dyed blond hair. The students didn’t know it yet, but they were about to engage in some myth busting about perhaps the biggest menace to their futures: climate change. Schools across the United States are wrestling with how to incorporate the study of climate change into the classroom as its proximity and perils grow ever more apparent.