The Columbia Gorge STEM Hub recently introduced the 17 middle and high school students from Hood River and The Dalles who will serve as Chief Science Officers this coming school year. These students are joining a cohort of peer-elected student leaders from across eastern and southern Oregon. In their role as CSOs, students will be advocates for STEM and science in their schools, gathering insights from their peers, working with teachers and administrators, and bringing important topics to local and state government.

Advanced Vocational Classes Boost Early Career Earnings (T.H.E. Journal)
A new study of the schooling and workforce outcomes for 4,414 “early-career” adults (median age 29) found that students earned about 2 percent more each year for each advanced or upper-level vocational class or career and technical education class they completed in high school. The research was published as an article in Education Next. Authors Daniel Kreisman of Georgia State and Kevin Stange from the Univ. of Michigan also noted that rather than directing “capable students” away from pursuing more academic pursuits, the vocational courses enabled them to make better enrollment decisions for their college careers.

Virginia Tech and George Mason University both pledged to significantly expand their computer science programs following Amazon’s announcement last year that it would build a second headquarters in Arlington, Va. But the two universities do not appear to have made equal progress with their plans. While Virginia Tech has already secured a substantial amount of funding from the state, George Mason is still far from meeting its fundraising goals, making the institution’s original five-year timeline seem increasingly infeasible.

Looking to hire a programmer? Here are the 13 schools in the Americas that train the best ones (Silicon Valley Business Journal)
Companies looking to hire qualified programmers may want to overlook Stanford, Caltech and MIT in favor of UC Berkeley, the University of Southern California and Carnegie Mellon University, according to new data released by Mountain View-based HackerRank. The company offers employers a platform to assess job candidates’ skills. After compiling almost 1.5 million such assessments of new college graduates, HackerRank identified the 13 schools in the Americas where candidates ranked the highest on their assessments.

Wichita State begins project to hire and retain more women, minority STEM faculty (KWCH)
Wichita State University says it hopes a new grant-funded project will help to hire and retain women and minority faculty members. The university plans to use a $300,000 grant from NSF to increase the number of women and minorities in faculty positions on campus, particularly in STEM fields. The university says the 18-month grant-funded project will also be a benefit to the growing and diverse student body. 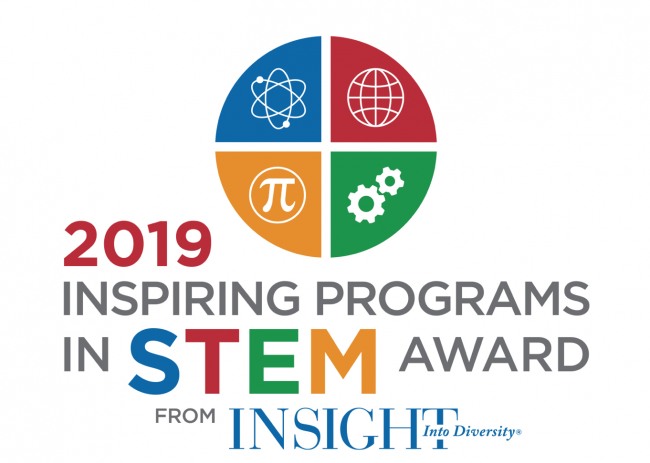 Georgia Southern University’s Institute for Interdisciplinary STEMEducation (i2STEMe) received the 2019 Inspiring Programs in STEMAward from INSIGHT Into Diversity, a diversity and inclusion publication in higher education. The Inspiring Programs in STEMAward honors colleges and universities that encourage and assist students from underrepresented groups to enter the fields of STEM. Award winners were selected by INSIGHT Into Diversity based on their efforts to inspire and encourage a new generation of young people to consider careers in STEM through mentoring, teaching, research, and successful programs and initiatives.

STEM: Efforts to inspire more children could be entrenching educational inequalities (PHYS.org)
In their STEM strategies, governments are increasingly focused on addressing the large disparities in participation between different social groups. But is all this activity having the desired effect or could it even be doing more harm than good? First, we know that there is just not enough provision. For example, our mapping of invention programs found that they reach just 1.5% of the UK school population annually. Overall, participation in STEM careers activities is low, with less than 30% of 11- to 14-year-olds reporting having taken part in 2017.