In today’s STEMdaily, Refinery29 & Girls Who Code plan #MarchForSisterhood all-digital global march event for Day of the Girl on Oct. 11th, Sandy Hook Promise releases chilling back-to-school PSA on gun safety, Politico profiles the P-TECH apprenticeship and job placement program with IBM, and a new report from Burning Glass & Oracle Academy shows 9 out of 10 IT jobs are outside of traditional tech industries.

Refinery29 & Girls Who Code Invite You To #MarchForSisterhood (Refinery29)

What’s stronger than a girl with something to fight for? A movement of girls. On October 11, Day of the Girl, Girls Who Code is expanding their #MarchForSisterhood to countless more people by launching the first-ever all-digital global march. The widespread event invites people wherever they are to share videos on their social media accounts of themselves marching for causes that matter to them. With all these clips together, Girls Who Code hopes to encourage the largest online march in history.

How ST Math Provides Equitable Access for Students in Special Education (MIND Research Institute)
Many students face unique challenges in their learning process. You may think that students who are classified as special education need a different curriculum. Yet you might also worry that a separate curriculum would create an equity gap for those students – not to mention impact their perception of themselves in relation to their peers. And you would be right to worry. But what if there was a program that provided such a radically improved learning environment that it could reach more learners at the place they are ready to engage their minds to think hard and learn? ST Math® is just that radical. And results show that it works.

It begins with a smiling teen boy, opening his locker to retrieve the “perfect” backpack that his mom bought him. It ends with a young girl, in tears, texting a goodbye to her mother as a door opens and foot steps approach The “Back to School Essentials” public service announcement, which debuted Wednesday morning, purports to show off the items every student needs to have in the new school year. But in reality, it’s a chilling battle cry against school shootings which stresses that these acts of violence can be prevented. Watch it. But be warned: it’s upsetting.

Joe Roicki (Great Minds’ Eureka Math): From a former teacher, 4 ways to take the drama out of math class (Hechinger Report)
You could almost call it math class drama. Or you could just call it sad: “I’m not good at math.” “Math is my worst subject.” “It’s okay if you don’t understand. I wasn’t good at math either.” Does this sound familiar? You’ve heard it in daily conversations, during homework time and on popular television programs. Somehow, it’s now okay to have a negative self-identity about mathematics, beginning in Kindergarten or even earlier.

How Vocational Education Got a 21st Century Reboot (Politico) 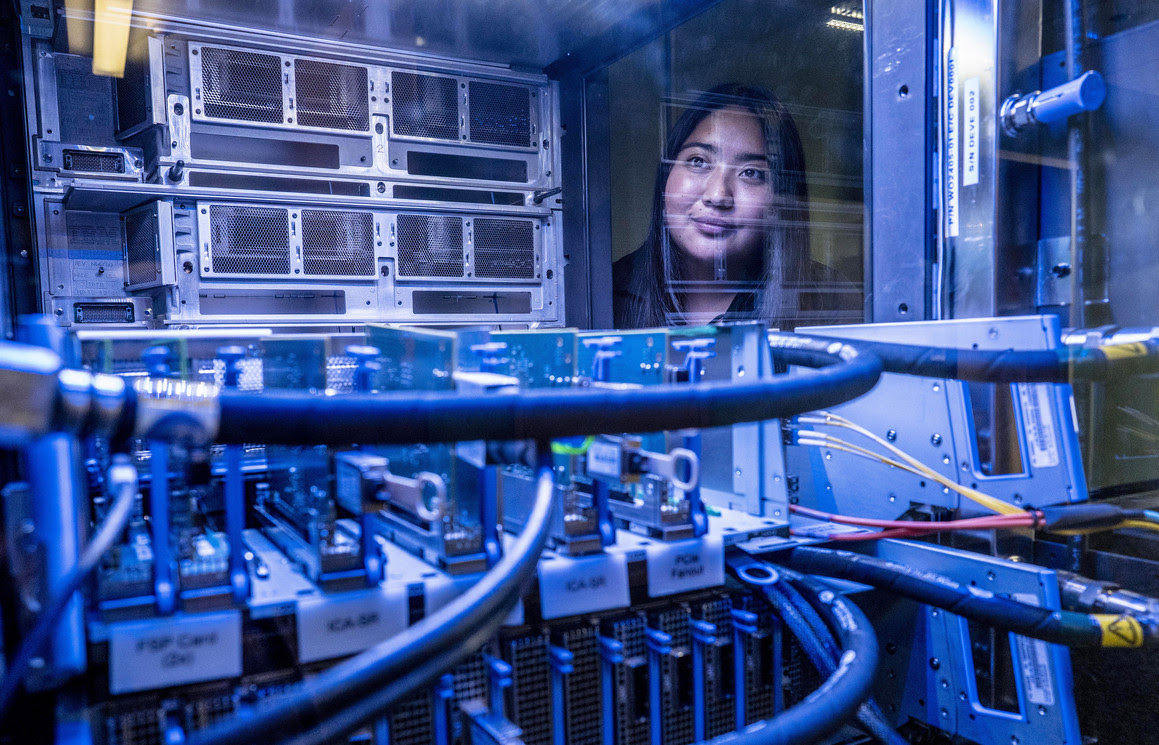 Suriana Rodriguez is only 19, but she’s already lined up a full-time job at IBM. After her junior year in high school, she interned at the tech giant’s Poughkeepsie, N.Y., campus, 20 miles north of her hometown, for $17 an hour. For a year, Rodriguez has worked 40-hour weeks as an apprentice test technician, examining IBM mainframes to confirm they work before shipping them to customers. In January, she’ll move to a permanent position with a future salary that she says is “definitely much more than I ever thought I’d be making at 19.” Rodriguez’s opportunities with IBM came to her thanks to her high school, Newburgh Free Academy P-TECH.

UTSA receives $1 million federal grant for STEM education (KENS)
The University of Texas at San Antonio has been awarded a nearly $1 million federal grant for STEM Education. The $999,556 grant will be used to increase Hispanic students’ participation in computer science through “rigorous secondary teacher professional development programs in computer science for diverse classrooms,” according to a press release from the office of Senator John Cornyn.

Math skills aren’t enough to get through hard decisions – you need confidence, too (The Conversation)
Almost a third of American adults don’t have the math skills necessary to make effective decisions about their health and finances. These 73 million people can count, sort and do simple arithmetic. But they likely cannot select the health plan with the lowest cost based on annual premiums and deductibles, or figure out that they can’t pay off credit card debt based on the amount they owe, minimum monthly payments and an annual percentage rate.