In today’s STEMdaily, how Katie Bouman became the face of the black hole image project, SpaceX pulls off commercial rocket mission, Mizzou festival introduces STEM to kids, and who comes to the rescue of stranded robots?

As the first-ever picture of a black hole was unveiled this week, another image began making its way around the internet: a photo of a young scientist, clasping her hands over her face and reacting with glee to an image of an orange ring of light, circling a deep, dark abyss. It was a photo too good not to share. The scientist, Katie Bouman, a postdoctoral fellow who contributed to the project, became an instant hero for women and girls in STEM, a welcome symbol in a world hungry for representation.

Young women get chance to learn about engineering careers (AP)
Students and faculty from four North Carolina counties are participating in the annual “Introduce a Girl to Engineering Day” being held in Raleigh. State officials said in a news release that the event starts Thursday morning at the state Division of Emergency Management building. It’s being hosted by the state Transportation Department and Women’s Transportation Seminars. Wake, Johnston, Rowan and Northampton counties will be represented at the event. It’s designed to teach high school students with an interest in engineering, math, technology and science about a career in a typically male-dominated field.

All-girl robotics team from Fairfax Co. gets sponsorship to attend world competition (WTOP)
An all-girl robotics team from Fairfax County now has help paying for the trip to an international competition later this month, where they’ll represent Virginia and D.C. “We’re super excited to be able to support you guys,” Rachel McCaffrey, the executive director of Women in Defense, told the team. “We’re really happy for you guys.” “Thank you so much,” the girls replied in unison. Elon Musk’s Space Exploration Technologies Corp. launched its massive Falcon Heavy rocket Thursday for Saudi Arabia’s Arabsat, the rocket’s first mission for a paying customer. Falcon Heavy rumbled aloft at 6:35 p.m. local time from NASA’s Kennedy Space Station in Florida. SpaceX then recovered all three of the boosters back on Earth, achieving a feat it wasn’t able to pull off in the rocket’s demonstration flight last year. The two side boosters simultaneously returned to land and the center core touched down on a drone ship hundreds of nautical miles out in the Atlantic Ocean.

Who Comes to the Rescue of Stranded Robots? Humans (WSJ) 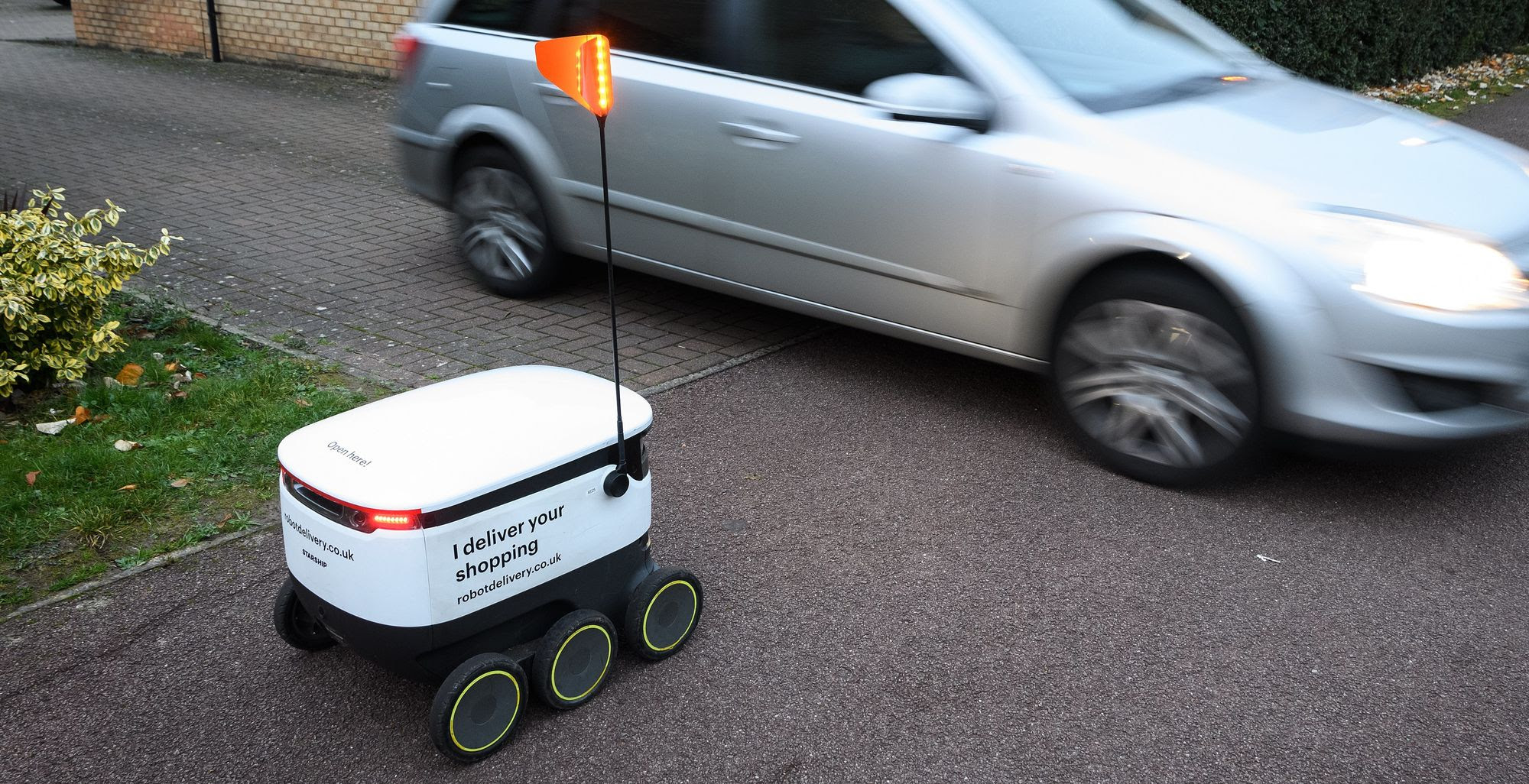 Fannie Osran just had to help. Last semester, the student at the University of California, Berkeley, came upon a food-delivery robot, one of 120 deployed around campus by a local startup, in front of a long flight of stairs. The cooler-sized robot can’t navigate stairs, so it immediately backed up into a plant bed—where it got stuck in some mud. Ms. Osran, who was by herself, told it, “You’re so pathetic.” She lifted the robot back onto the sidewalk, and it flashed heart eyes at her on its digital display as it rolled off, she said. Robotics companies are jumping into food delivery, testing out different models in limited areas. While people fear that robots will someday take over everyone’s jobs—and maybe even the world—for now, the prototypes can run into trouble just getting a burger and fries to a dorm.

Huitt: How to keep promising low-income and first-gen college students from dropping out (The Hill)

This week, more than a dozen wealthy celebrity parents plead guilty to college bribery charges. But the most urgent higher education problem our society faces is not a handful of the super-wealthy paying their way into top schools. The more far-reaching problem is the fact that colleges are failing low-income students — even the best, brightest and most hard working among them. We need attention and policy efforts focused on solutions for this group. According to the National Center for Education Statistics, some 60 percent of the wealthiest college students will graduate. But only 16 percent of low-income students will do so. These lower rates hold true even for the most promising low-income students.

Mizzou festival introduces children to STEM activities (KOMU)
MU hosted more than 100 events across its campus Saturday as part of Show Me Mizzou Day. More than 20 MU STEM organizations held booths that showed children various, crafts, inventions and experiments. Moving robots and slime were a few things attracting children to STEM Cubs Festival. Colleen Colaner brought her two daughters to the event. She said she wants them to learn how some of their favorite toys work. “My kids are really into science and technology, especially with computers, because computers are such a big part of their lives,” Colaner said. “It’s just cool to get them some hands-on experience and expose them to some other options for how to work with technology that they might not have known about.”

Digital Literacy Programs Prepare Students for a Tech-Enabled Future (EdTech Magazine)
K–12 students have more access to the internet than ever, thanks to the multitude of personal devices at their fingertips. Kids aged 8–18 years old are in front of screens for seven hours every day on average, CBS News reports. With 95 percent of teenagers in possession of mobile devices, students are constantly sharing and searching through social media platforms. Because students are inevitably exposed to the online world, it is important that adults teach them how to be responsible digital citizens — to protect both themselves and their peers.

How K–12 Schools Should Define and Act on Digital Learning (EdTech Magazine)
To be honest, I hate the term blended learning. Let me explain why: In today’s world of education, blended learning gets thrown around for any type of new education involving technology. We could go around any room of educators, ask what they think blended learning means, and get hundreds of different answers. In the Pickerington Local School District, when we decided to modernize our teaching and learning methods and enhance those skills with technology, we knew we had to first properly define blended learning.