In today’s STEMdaily, Disney/Lucasfilm donate $1.5M to FIRST, Illinois Engineering becomes the Grainer College of Engineering after over $300M in support, IBM to launch quantum computing research hub at NC State, and a Pitt study finds women are dropping out of med school track at higher rates than men despite similar achievement in intro science courses. 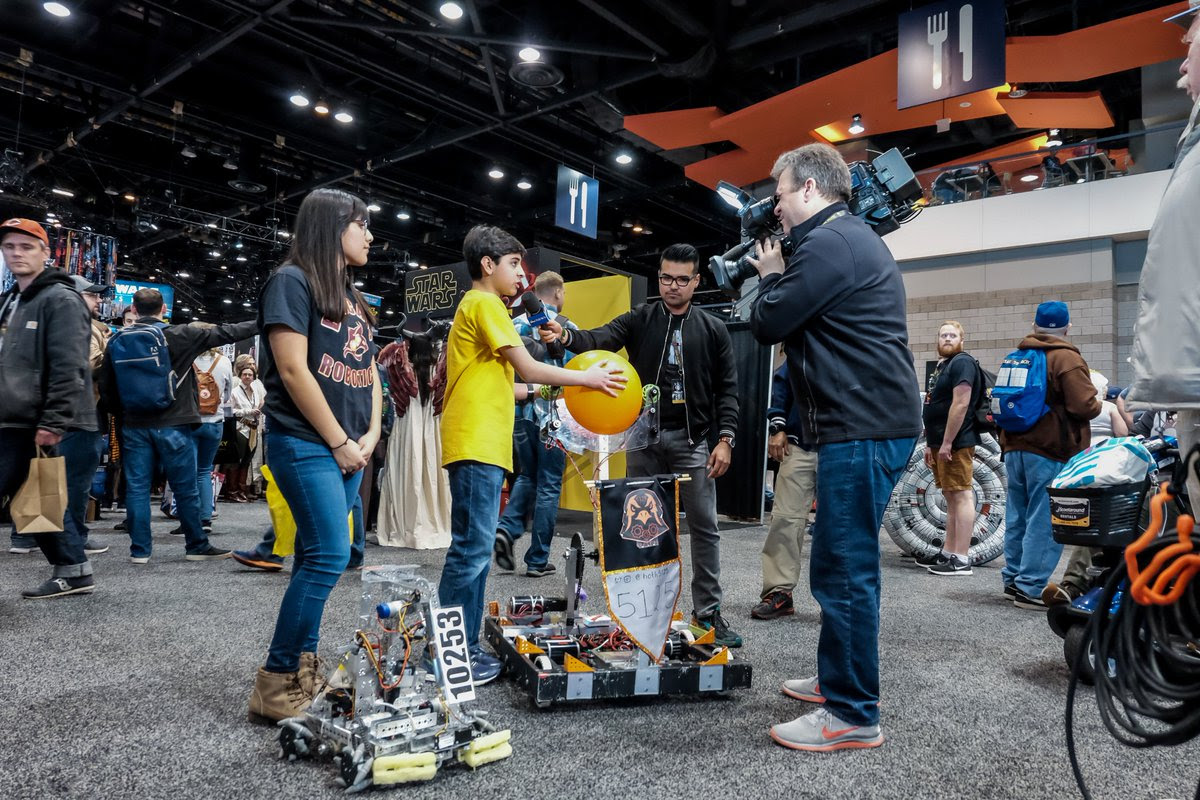 A day after the big Episode IX reveal, Disney and subsidiary Lucas film announced that it will be donating $1.5 million to FIRST . The non-profit group was founded by Dean Kamen in 1989 to help teach STEM through initiatives like robotics competitions. Disney’s money will go to provide education and outreach to the underserved communities on which FIRST focuses. Details are pretty thin on precisely what the partnership will entail, but Disney’s certainly got a lot to gain from this sort of outreach — and Lucasfilm knows a thing or two about robots.

Amazon teams with FIRST for robotics education grant (TechCrunch)
Last year, Amazon announced the launch of Amazon Future Engineer, a program designed to facilitate STEM education in classrooms. To help launch the program, Amazon is partnering with STEM nonprofit FIRST to create a series of robotics grants specifically targeting underrepresented populations. The plan kicks off with 100 schools in 21 states, starting in the fall of this year. The program features support for FIRST robotics teams and teacher education, along with an additional $10,000 in funding and a tour of local fulfillment centers.

The University of Illinois at Urbana-Champaign’s College of Engineering will become The Grainger College of Engineering, recognizing a new $100 million gift from The Grainger Foundation and more than $300 million in total support, after consultation with the Chancellor’s Joint Advisory Committee on Investment, Licensing, and Naming Rights and pending approval by the University of Illinois Board of Trustees. The Grainger Foundation’s total support represents the largest amount ever given to a public university to name a college of engineering, with more than $200 million provided in the last six years.

New mechatronics training program to launch in Alabama (Birmingham Business Journal)
A new mechatronics program in Dale County will train workers for industrial automation careers. Beginning this fall, Enterprise State Community College will offer the program at the Alabama Aviation College in Ozark. It is part of a larger push on the part of the state and manufacturers over the years to prepare Alabama’s workforce for more highly skilled jobs in an economy that is trending toward automation.

The State of American Trade Schools (Popular Mechanics)
This is a golden time for postsecondary trade and tech schools. Not just because they’re becoming more profitable than ever. But because, at least according to some, they’re finally shaking off the stigma that has dogged their students, instructors, and administrators for so long. Over the past year, media from The Wall Street Journal to PBS have hailed technology schools and programs as harbingers of a new economy and reformers of a postsecondary education system that’s become over-priced, over-valued, and often irrelevant. 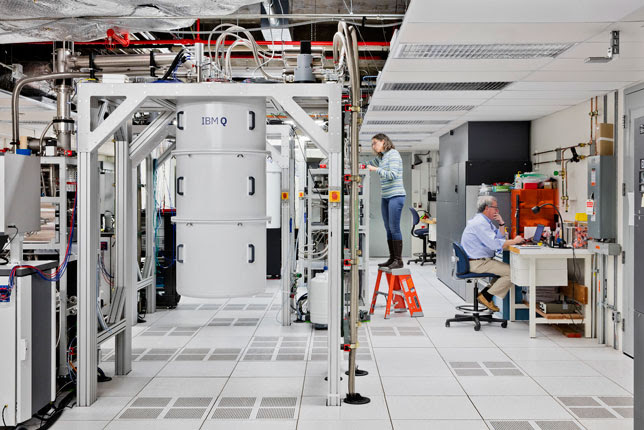 As a leading public research university, North Carolina State University recognized that it wanted to start a program to educate students on quantum computing, but it didn’t have the resources to dedicate to build and maintain its own equipment. Last year, NC State announced a partnership with IBM to get early access to the IBM Q commercial quantum computing resources for research purposes. As a result, IBM has created the first university-based IBM Q Hub in North America at NC State.

$953,000 grant offers financial support to Maryland STEM students (WJLA)
NSF is providing even more funding for students at the College of Southern Maryland. “It’s almost one million dollars. It’s going to provide scholarships of up to $6,000 for financially needy, academically talented students that have an interest in STEM,” said Math professor and grant writer Sandra Poinsett. The $953,243 grant doesn’t only cover scholarships but support services like field trips, guest speakers, and tutoring.

Study finds women dropping out of premed science courses at higher rates than men (InsideHigherEd)
High school students who are potentially interested in a career in the STEM are invited to learn more about opportunities at the STEM Career Expo on April 17 at in the atrium of Fermilab’s Wilson Hall in Batavia, IL. Students will meet with STEM professionals and ask questions about STEM careers. In addition to Fermilab scientists and engineers, the STEM Career Expo will feature more than 100 professionals from more than 30 local companies and research organizations who will explain what they do. 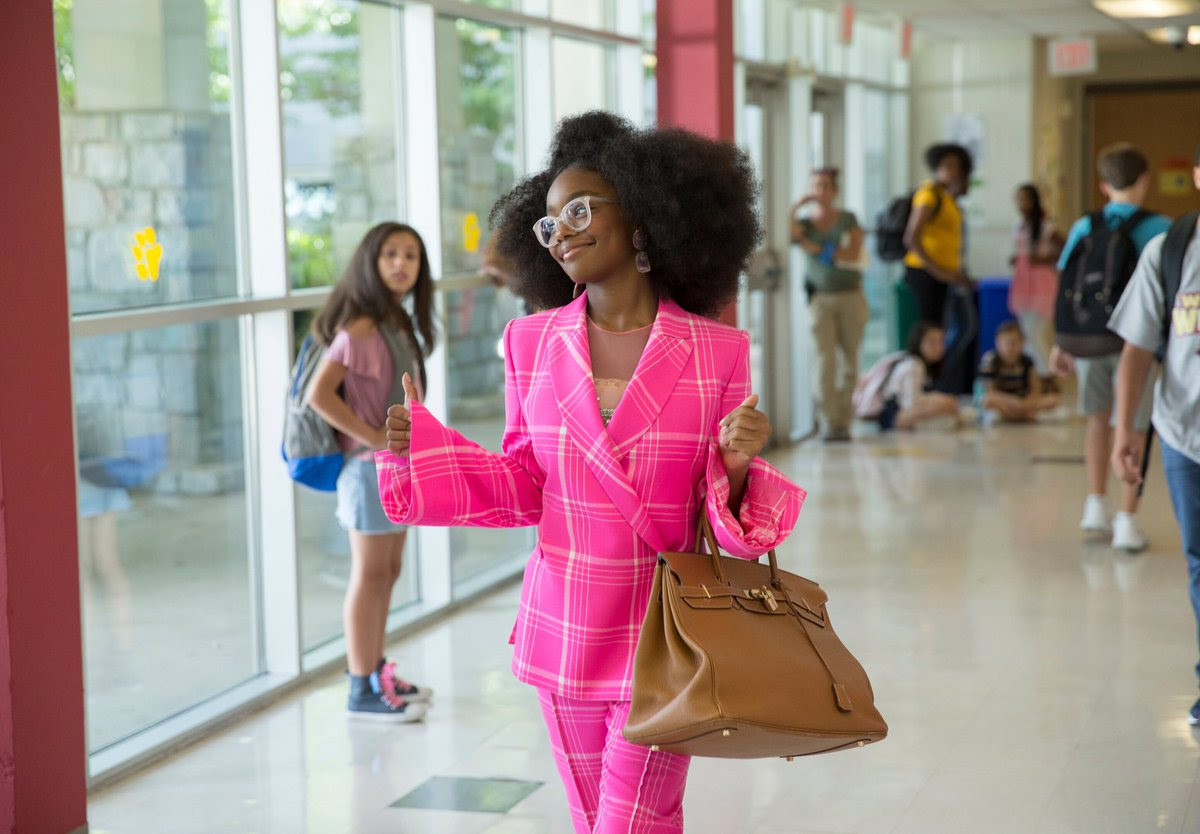 In the new comedy Little, Regina Hall stars as Jordan Sanders, a tyrannical CEO who tramples everything and everyone in her path–including her assistant April (Issa Rae). However, Jordan gets her comeuppance in the form of a curse that reverts her back to her 13-year-old self (Marsai Martin)–think the Tom Hanks classic Big but in reverse. Amid the magic spells and farcical shenanigans, there’s a small detail that shouldn’t be glossed over: Jordan is a black woman running a tech company.